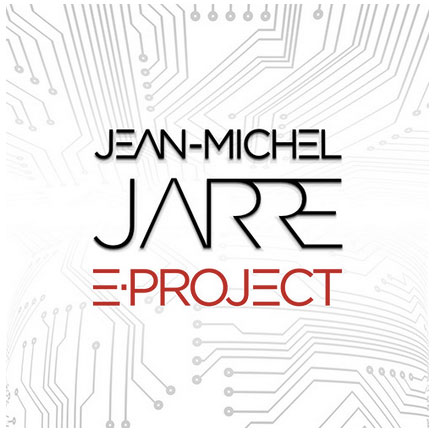 French music legend Jean Michel Jarre is undertaking an ambitious collaboration project with other artists who share his passion for electronic music.

Jarre contacted people he admired “for their singular contribution to our genre” and then composed and produced original demos specifically for each artist. They were then invited to “bring their unique spirit and signature” to the recordings before Jarre himself completed the project.

With a working title “E-Project”, 16 collaborators are confirmed and some early names revealed include M83, Tangerine Dream, Gesaffelstein and 3D from Massive Attack.

The final product will be a 16-track album on CD and vinyl, but the exciting news for Jarre and SuperDeluxeEdition fans is that he will also release a box set for the album with exclusive content available only from his website. The ‘Ultimate Deluxe Fan Box Set’ is limited to 1000 units and hand signed and numbered by Jean-Michel Jarre personally!

This ‘ultimate’ set is presented in a 355 mm x 355 mm super high end black and gold deluxe box. It will contain CD and special edition 180 gram double vinyl in gold, as well as a USB stick in gold with audio-visual bonus content, limited art prints around the project and its collaborators and more exclusive items “to be revealed soon”. Rather strangely there is a ‘part two’ to this box to complete the contents.

If the signed ‘ultimate’ set is out of your budget, the official Jean Michel Jarre store also lists a more modestly priced E-Project ‘fan box’ in which you still get the CD and vinyl but no USB and other items.

These limited ‘E-Project’ box sets will be shipped on or around 16 October 2015.

Jean-Michel Jarre will release a new album, Oxygene 3, in December, 40 years after the…