UK punk/pop legend Toyah Willcox will release a two-CD deluxe edition of her 2008 album In The Court of the Crimson Queen in April.

The album has been completely remixed by Toyah’s producer and longtime writing partner Simon Darlow (his writing credits include Buggles & Grace Jones‘ ‘Slave to the Rhythm’) and features new instrumentation, including additional keyboards and live drums to replace the programmed rhythms of past editions.

This new deluxe edition also features four brand new songs (in a resequenced track listing) including a new opener, in the stomping ‘Dance in the Hurricane’ and ‘Our Hearts Still Beat’, an epic and emotional closer.

The album’s title is of course a reference to King Crimon‘s 1969 debut and of course Toyah is married to the band’s guitarist Robert Fripp!

This deluxe set features new artwork and is presented as a digipak with a 24-page booklet. For the exclusive edition (only available via Amazon UK) 1000 are signed by both Toyah and Simon Darlow (this has now SOLD OUT).

In The Court of the Crimson Queen deluxe edition will be released on 12 April 2019. A special coloured vinyl edition will be available a day later at participating independent records shops for Record Store Day. 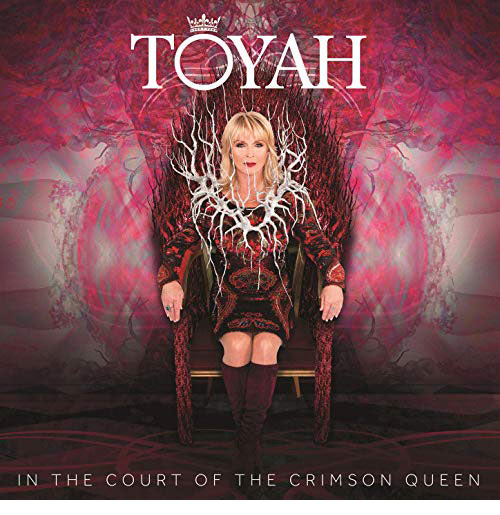 In The court of the crimson queen - 2CD standard