Today’s Saturday Deluxe is brought to you from a forest. 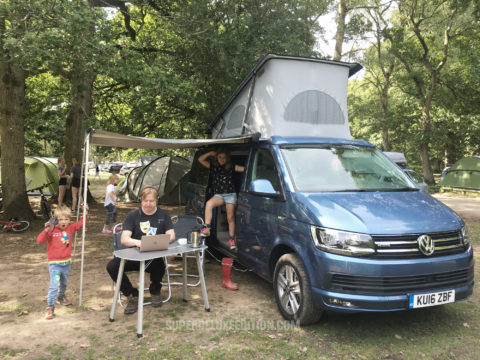 Plenty of room at the ‘Hotel California’

As I hope is apparent, running SDE is a great passion of mine. Although I love my job, it can be a little bit ’24-7′ and while I also enjoy holidays (who doesn’t?) I always have to consider the impact on SDE – in short, I need to keep blogging! I do often ‘joke’ to friends that I haven’t had a day off since 14 March 2011 (the day SDE was launched) but  – call me a nutter – it’s actually pretty close to the truth!

So when a family camping holiday was suggested for this long bank holiday weekend, my first thought was “that sounds like fun”, quickly followed by, “er, how am I going to keep blogging, in the cold, in a tent in the middle of a forest?” 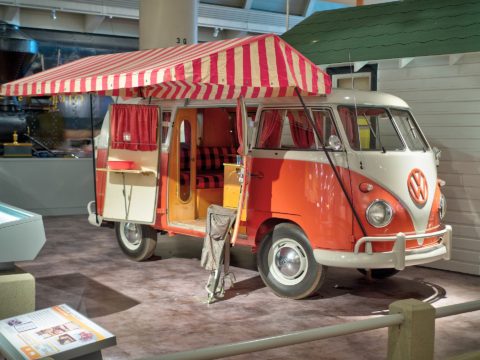 Cue Volkswagen, who out of the blue (i.e. I rang them) offered to lend me a Camper Van for the trip!

Who doesn’t love the original VW Campers, which to me, signify that romantic notion of freedom, adventure, discovery and – in the 1960s – hippy counter-culture and peace (man). Production started way back in 1950, but while the retro appeal of these vintage models is undeniable, VW were offering me their very latest model, the modern ‘California’ – an amazing ‘hotel’ on wheels which sleeps four people comfortably and has all the mod-cons a music blogger like myself could want, including (in order of importance) a fridge for cold beers, a gas hob for cooking burgers, power sockets for charging for laptops/mobiles and wi-fi (optional) for getting online. Not forgetting a heater, a sink with running water, tables and more. Tents, inflatable mattresses and soggy groundsheets, be gone! 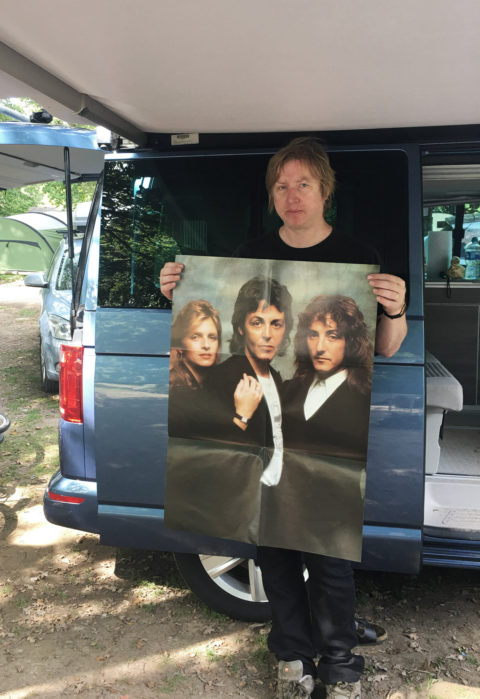 The stereo is great too. I’m interviewing Eric Stewart on Tuesday, so on the 100-mile journey to campsite, I overruled my two daughters (no Taylor Swift) and made the most of the eight-speakered ‘Discover Media navigation system’ to listen to his new Anthology via bluetooth and my iPhone.

So while chaos reigns around me – kids, mud, sizzling sausages on the stove, messing around with the (amazing) pop-up roof, New Forest ponies sticking their noses in to say hello, I do genuinely have the space and facilities to keep the cogs of SDE turning!

As anyone who has been camping will tell you, it can be heaven or it can be hell. So I really do love my ‘Hotel California’ and have visions of a dream USA road trip next summer. Unfortunately, I have to give it back…

Note: Car manufacturers do get in touch if you’d like SDE to review high-end  in-car audio and related. 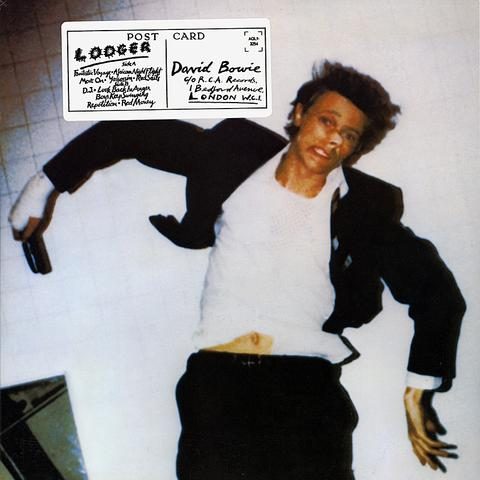 Producer Tony Visconti has not been happy with some of what he’s been reading about his remix of David Bowie‘s 1979 album Lodger, which is included (exclusively) with next month’s A New Career In A New Town box set.

Apparently referring specifically to comments on the bowiewonderworld message board, Visconti clarified timelines, in terms of when this remix work was started and also made it crystal clear that David Bowie liked the initial work and gave him the “green light” to complete the remix. Sadly Bowie didn’t live to hear the results.

“Are any of my FB friends active in the above Bowie group? There seems to be a lot of erroneous and egregious comments about the remix of Lodger. For the record, remixing began in the middle of 2015, never before. It has been well documented that David and I always wanted to remix Lodger but there never seemed to be a good time to do that. In 2015 we were making Blackstar together and David was also busy with his musical Lazarus. There were short periods when David wasn’t in the studio, yet I was in a high state of creativity. I opened up Fantastic Voyage and started to mix it and after a few hours I left it in a better state than I had found it (I did more tweaking later on). A few weeks later I tackled African Night Flight and Move On. Then I knew this album could sound great. After I had mixed Yassassin and Red Sails I surprised David with the results. He was extremely pleased and gave me the green light to finish mixing the entire album. Because we were still working on Blackstar that year I never got a chance to complete it until later in 2016 due to my other production commitments and Holy Holy tours. There you have it from me.” 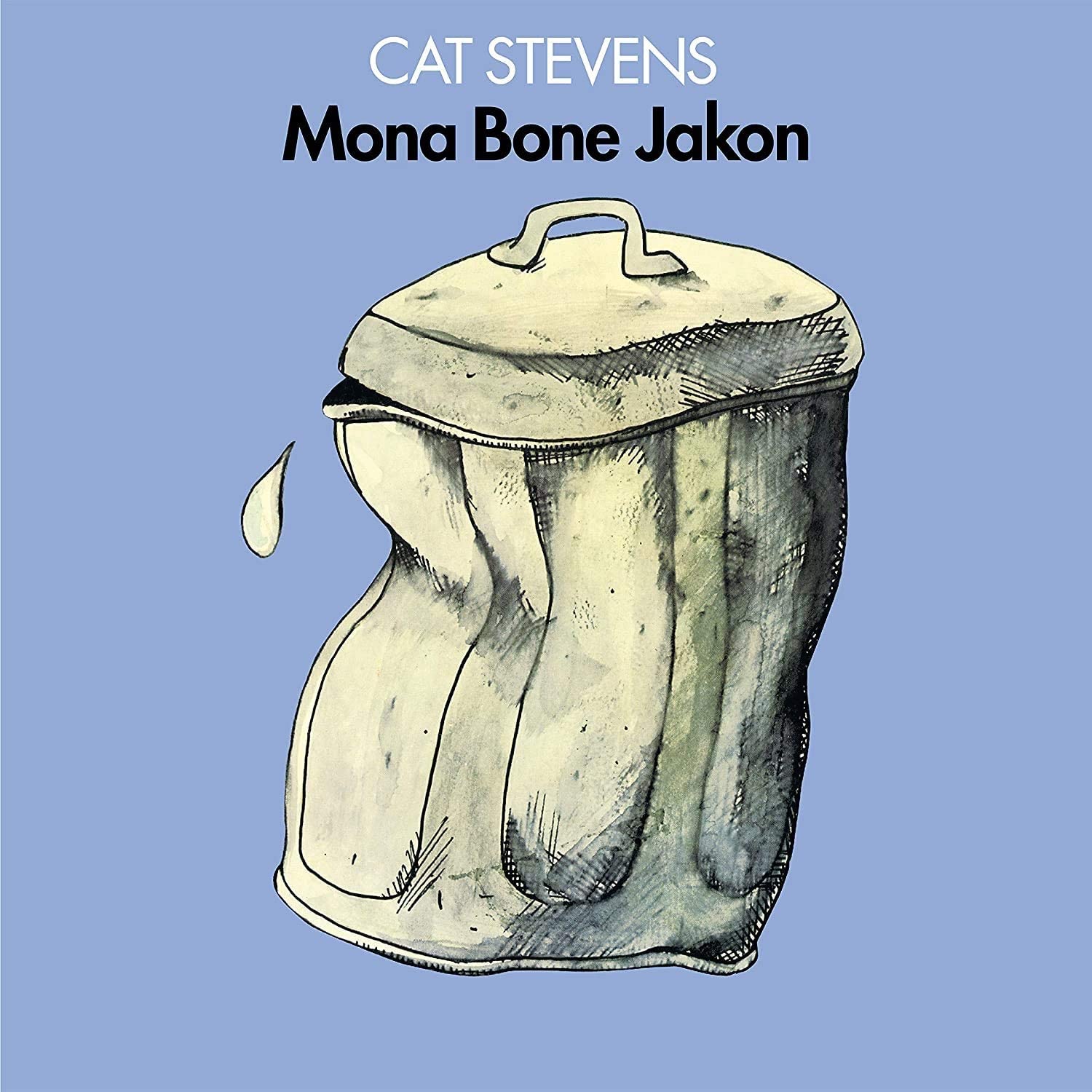