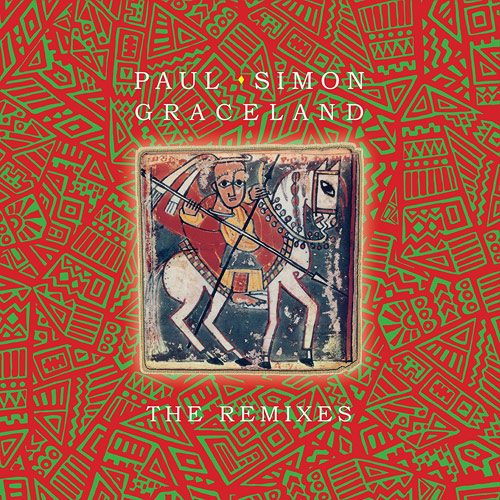 In news that should probably be filed alongside ‘Neil Finn joins Fleetwood Mac’, Sony are soon to release Graceland: The Remixes, a new edition of Paul Simon‘s classic 1986 album, with every track ‘reimagined’ by well known remixes. Oh yes…

Let’s be honest, on paper, it’s a terrible idea… but hey, it’s worth at least checking out some of the remixes – right?

Well, not really… The MK & KC Lights Remix of Graceland isn’t bad, but Groove Armada’s ‘Dub Redemption’ mix of You Can Call Me Al is absolutely horrendous. So devastating is the level of destruction in this particular ‘reimagining’, that the existence of the original song could only be confirmed by reference to its dental records.

Richey Ahmed’s take on The Boy In The Bubble at least maintains the vocal, but it should have been dubbed the ‘give me a headache, immediately’ mix.

I’m all for artists like Paul Simon being quirky, wacky and unpredictable, but instead of these remixes pulling the rug out from under your low expectations, they simply confirm them. This is woeful. I’m certainly not averse to modern remixes of old tracks per se (see McCartney’s creative Twin Freaks project) but the evidence so far (check out more previews here) suggests that everyone involved in Graceland: The Remixes seems to have simply phoned in some very dull, and rather annoying remixes. The music deserved better than that.

Graceland: The Remixes will be released on CD and 2LP vinyl on 1 June 2018. Extreme caution advised.