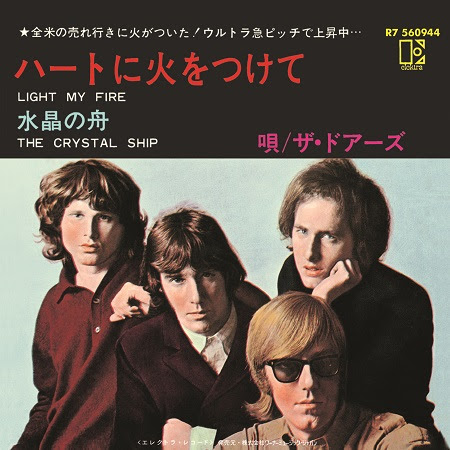 In July, Rhino will celebrate the 50th anniversary of The Doors‘ Light My Fire, by issuing a limited edition replica of the Japanese version of the 1967 seven-inch single.

This replica vinyl will use the original Japanese artwork (which was unique) and will feature the single edit of Light My Fire on the A-side and the album version of The Crystal Ship on the B-side.

The single was originally issued in May 1967 in the USA and was the second 45 from the band’s eponymous debut. It reached number one on 29 July.

This new limited edition vinyl single will be limited to just 7,500 copies. It will be released on 28 July 2017.