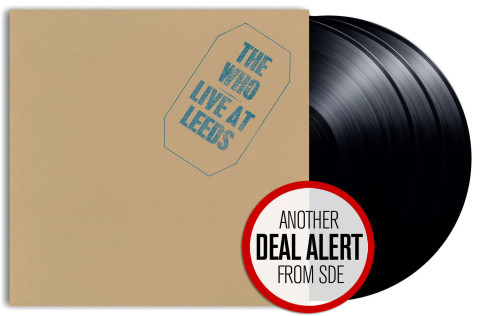 The Who‘s classic 1970 album Live at Leeds is being reissued on vinyl at the end of November and can be pre-ordered very cheaply today in the UK.

I’ll be honest and say no one is quite sure just yet of the format of this reissue or the exact tracklisting. It was/is widely expected to be a 2LP 45RPM half-speed remaster (a bit like the recent ABBA Arrival reissue) but this new image has appeared on Amazon which suggests a 3LP set. Whether two or three LP, the current price of £12.99 is going to be a bargain (especially if they recreate the original packaging), so I suggest you ‘lock’ in to that price by pre-ordering and worry about the details later :)

This is expected to be released at the end of November.