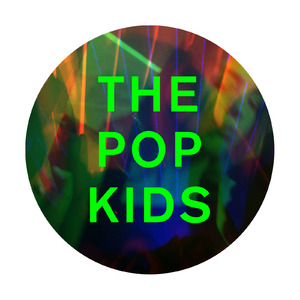 Following the unfortunate previous misinformation about the Pet Shop Boys‘ forthcoming single The Pop Kids, SDE is pleased to confirm the correct track listing, as published by the band this morning…

The single is due in March and the good news is that there will be a CD version (we got that right, at least…) with a digital bundle also available. The track listing is as follows:

The Pop Kids was produced and mixed by Stuart Price. The ‘PSB deep dub’ and ‘The full story’ (echoing ‘The Full Horror’ title of the Suburbia single in ’86) are remixes by Pet Shop Boys including additional vocals and, in the case of “The full story”, an extra verse which brings the story of The Pop Kids up to the present.

In bits was produced and mixed by Stuart Price. One-hit wonder was produced by Pet Shop Boys and mixed by Pete Gleadall and is a new version of an instrumental track Tennant and Lowe originally wrote in late 1981. They remade it in 2014 as the theme for a Berlin online TV music show, The One-Hit Parade, and this is the first time the full track has been released.

A remix of The Pop Kids by MK (Marc Kinchen) will also be released on digital-only on March 18th with a vinyl 12” single following later in March.

No pre-orders available yet for The Pop Kids, but the details for SUPER are below.