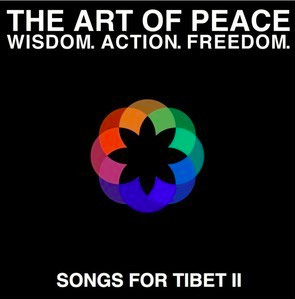 Kate Bush, Peter Gabriel and Sting will be among the artists who will contribute music to a new compilation album which is being put together as a tribute to the Dalai Lama who turns 80 on 6 July 2015.

The Art Of Peace Foundation’s Songs For Tibet II is a PledgeMusic funded project and what is really interesting – as Rolling Stone reports – is that “the tracks will be a combination of unreleased versions of previously released songs or new recordings“. We have been promised a track listing soon, but assuming that statement is factually correct, then we can expect either something interesting from the archive or new material from Kate Bush, Peter Gabriel et al. Kate hasn’t issued any unheard studio material since 2011’s 50 Words For Snow.

Producer Rupert Hine is the Musical Director and Producer of this Songs For Tibet project and you can ‘pledge’ for various release options over at PledgeMusic. More news on the track listing when we have it.