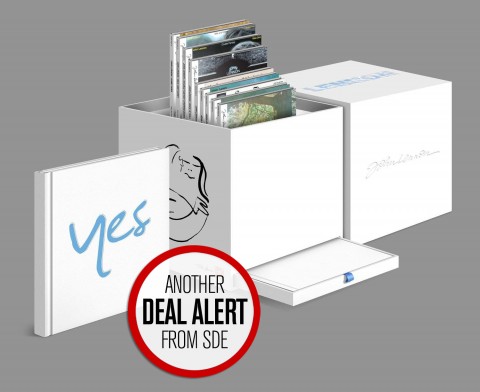 This eleven-CD John Lennon Signature box set is over £30 cheaper than the UK price if you shop at Amazon France.

Hurry to pick this up for about £50 – less than £5 per disc – or €69. This includes the albums Plastic Ono Band, Imagine, Some Time In New York City (two disc version), Mind Games, Walls and Bridges, Rock ‘n’ Roll, Double Fantasy (one disc version) and Milk & Honey. It also comes with two bonus CDs of non-album singles and rare/previously unreleased material including studio outtakes and home recordings. These are exclusive to this set. A hard bound book with liner notes, essays, poems, photos etc. completes the package, along with a commemorative John Lennon print.