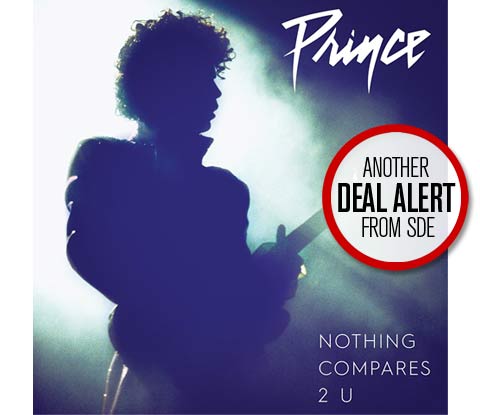 When this Prince seven-inch was announced, SDE explained how ordering the picture disc seven-inch vinyl of Nothing Compares 2 U could cost you almost £70 if you reside in the UK. Thankfully, if you can make do with the black vinyl version, then you’ll only pay a fraction of that price, thanks to a new price drop in the UK.

The seven-inch single was £18 this morning on Amazon UK (!) but has now dropped to just £5.99 which is as cheap as I’ve seen this anyway. Granted, not exactly a giveaway price for a seven-inch single, but if you’re a Prince fan and want this in your collection, you may as well pay the least amount of money!! This will be issued on 25 May 2018.