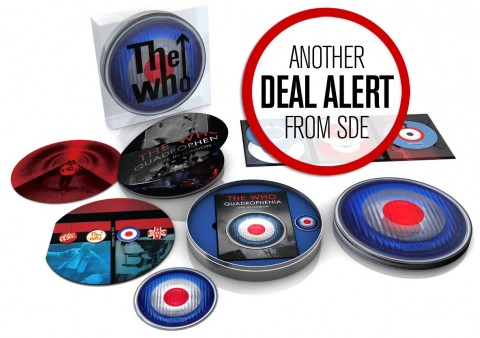 The Quadrophenia Live in London box was released in June this year and includes five discs: a blu-ray and DVD of the 2013 concert film (both in 5.1 surround sound audio) ; a two-CD soundtrack of the show; and a 5.1 surround sound mix of the entire 1973 Quadrophenia studio album on blu-ray audio. This superb set is now as cheap as we’ve seen it over at Amazon Germany where it’s much cheaper than the Amazon UK price!

Deal alert / The Who: Live at Leeds 3LP

Save hundreds of pounds right now by heading to Amazon Italy, for in demand music box…