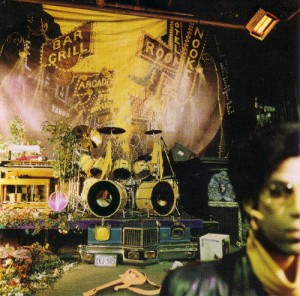 Although Prince might disagree, Warner Bros. actually did him a big favour by refusing to release his proposed three record set, Crystal Ball, as the follow-up to 1986’s Parade, and requesting that he limit himself to the double album format that would result in Sign O’ The Times.

Once free from his association with the label in the nineties, one of the first things Prince did (or ‘artist formerly know as’ at that point) was to release a 3CD set called Emancipation. Although this was ten years down the line, and the diminutive pop star’s commercial appeal had waned significantly, the album still only sold very moderately, compared to his past successes.

The truth is that not many people want a 3-disc Prince record (unless it’s a compilation of hits). In the case of Emancipation this felt more like Prince making a point to his former employers than anything else.

If it is an almost-truth that most good double albums could make a great single, then what to say about a sprawling triple like Emancipation? It had some great songs (Somebody’s Somebody, Right Back Here In My Arms, Joint 2 Joint) hidden amongst plenty of covers and lots of dross (Courtin’ Time, We Gets Up).

Anyway, back to 1986/7, and the 22-track Crystal Ball was edited and trimmed down to the double album we know as Sign O’ The Times. Seven tracks got the chop, but all would end up seeing the light of day in the years to come in some form or another, either as b-sides or reworked album tracks (on the Black Album and Graffiti Bridge to name two).

Even with Warner Bros. putting their foot down over Crystal Ball, a double album would still have been viewed as a risky venture. Parade had not sold particularly well in the US, despite Kiss reaching the top spot on the Billboard Hot 100.

The running order of the new double album was improved, and Sign O’ The Times (the song) became track one and the title track (having been hidden away halfway through disc three of Crystal Ball).

The rest, as they say, is history.

The Sign O’ The Times album went on to become both a big commercial success, and an almost universally critically acclaimed record. Most rank it as his best.

The minimalist social commentary of the Sign O’ The Times single struck a chord with the public, and became a massive transatlantic hit. The rest of the album was mostly performed and produced by Prince alone (The Revolution having been disbanded after the abortive Dream Factory project) and was a scintillating mix of rock, pop, funk and soul with a distinctive edge thanks to Prince at his creative best, in terms of arrangements. A few tracks would include vocals by Prince’s alter ego Camille, such as the single If I Was Your Girlfriend.

The now peach and black-attired star went on to tour the record across Europe, where he felt most appreciated at that time. To make up for not touring the US, Prince agreed to film some shows for the concert film Sign O’ The Times.  This got a limited cinematic release at the time.

Sign O’ The Times is 25 years old this year and a deluxe edition would be a most welcome celebration of this fine record. There is plenty of bonus material available for an expanded set, and what follows is  a suggestion as to how a deluxe expanded set might look

I see a four-disc edition as above been the most likely and commercial prospect. However at the same time a 5 or 6 disc Super Deluxe Edition could include the tracks removed from the original Crystal Ball 3 LP set, plus related works including the early versions of Strange Relationship and I Could Never Take The Place Of Your Man (from 1982) and other tracks from the Camille/Dream Factory projects.

Any of these proposed expanded editions are likely to need some degree of cooperation from Prince himself, and there is currently no any sign of this happening.