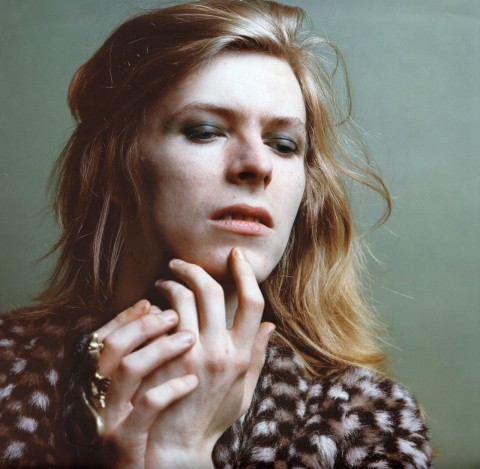 The news of David Bowie’s passing has provoked a global outpouring of grief, personal memories, and celebration of his kaleidoscopic life and career. We’ve been very moved by the wonderful array of tributes SDE readers from around the world have posted on the site and on our Facebook page. Here’s just a small selection…

‘I only saw Bowie live once in 2003 at the Shrine Auditorium in Hollywood. There were whispers at the time that he no longer played the old favorites (this was before people posted set lists on the internet). He came on with a ripping version of Rebel Rebel.’

‘I was lucky enough to see him play live three times. The best show was at The Benedum in Pittsburgh for the A Reality Tour. It is a grand old theatre. Between the intimacy of the venue and the performance of Bowie and band, I consider it the best concert of my life. I went down to the floor towards the end of the show. I was 15 feet away from Bowie for the final song Ziggy Stardust. I will never forget that night.’

‘Saw him in Niagara Falls, NY in 1990 for the Sound + Vision tour. Played every hit you could want (except Changes) that night and the band was spot on.’

‘So glad I saw him on his final tour – that voice was extraordinary. A genuine legend.’

‘Saw him on 4 occasions – Manchester Move Festival in 2002, St. Anne’s Warehouse in Brooklyn in 2002, then twice on the Reality Tour in 2004 (Austin and Kansas City) All four times were extremely memorable in their own way. Just after Suede finished their set at the Move Festival the clouds parted, the rain stopped, and the Thin White Duke captivated the audience with an amazing set.’

‘Best gig of my life was Bowie at Glasgow Barrowlands, touring Earthling. He might be know for artistry and experimentation but he could fucking rock when he wanted to too.’

‘My mam and dad bought me a tape recorder for Christmas 1972 and I remember taping Bowie singing Jean Genie on Top of the Pops (4th January 1973). Still have the cassette 43 years later, although only the end of Jean Genie is still audible.’

‘My hero. I had a Ziggy poster on my bedroom wall back in 1972 and I still have a signed and framed Reality tour poster on my office wall today.’

‘Even though I wasn’t always into him 24/7, he was only artist I would always come back to and rediscover.’

‘Myself and my family went to the V&A for the David Bowie is exhibition. Absolutely stunning and my three boys, at the time aged seven, 14 and 15 were enthralled. At the end I found myself overwhelmed and almost in tears.

Today those tears flowed. And telling my nine-year-old son that David Bowie had died is the hardest thing I have had to do in his young life.

‘I have loved his music for over 40 years now. My favourite album is Hunky Dory which I kind of got into via Peter Noone’s version of Oh You Pretty Things (I know, I know – but at least DB put a pic of himself in front of a billboard for that version on the inlay for the 1990 EMI CD). Love Kooks – exactly the song I would have loved to write for my boy. Life on Mars – my mum taking issue with the use of the word ‘writ’. Every track is so creative and musical – wordplay, arrangements, vocals, instrumentation.

From great pop to soul to rock to really experimental music, he sent me off exploring every genre of music.’

‘The Thin White Duke, Aladdin Sane, Jean Genie, Ziggy, Major Tom… the guy kept reinventing himself and was often way ahead of his time. He was a great star, never mind a Blackstar. I have all of his music on repeat most days while working. He’s going to be sorely missed by three generations, never mind one.’

‘I was lucky enough to meet him briefly once. It was during a signing session for Heathen in HMV Oxford Street. As we may know he often incorporated the year into his signature (in this case 2002 or just ‘02’).

Anyway as he was signing my CD his hand stopped midway through the signature as he stopped to ask what year it was, the kind of dozy thing we are all capable of.

I replied, “Don’t worry, people often get nervous meeting me,” to which he laughed.

A shake of his hand and seconds later I was gone. Still remember it like yesterday.

‘I met him in 1983 here [in Singapore] and I must say that he’s one of the nicest people/celebrites I’ve met. Very friendly and super nice!’

‘I got lucky to see him six times, always in Berlin. On 21st April 1976 I went to my very first rock concert … The Thin White Duke at the Deutschlandhalle Berlin (which doesn’t exist anymore). I got more lucky to meet him one night in the Seventies in Berlin, at a bar called… BOWIE.’

‘For me David Bowie always had an incredible knack to determine what many artists were going to end up sounding like. He was an artist that transcended many genres. Sonically he was wizard too, many of his albums were an exercise in listening.’

‘Like Dylan, he was never afraid to go in the musical direction he wanted to, as opposed to satisfying what the masses wanted spoon-fed to them.’

‘My dentist is in that same house here in Berlin/Hauptstr. where he once lived and it was so crowded today, flowers everywhere. I hope we have a statue one day, maybe in front of the Hansa Studios?’

‘When my sons ask me what does the tag “artist” mean, I’ll show them his picture.

‘With Lemmy and Bowie going within a fortnight of each other, I’m realising that my heroes are all too mortal, but that their legacies will live forever.’

‘Words, typed or spoken sometimes help, sometimes don’t. Whichever, whatever, what is unquestionable is the beauty of the music you gifted us.

Sleep well Dame, I will miss you every day of whatever time I might have left.’

‘It rises to the level of a personal loss.

His music has never abandoned me always giving me inspirations and emotions and will continue doing so. He will always be near me.

‘I don’t think Bowie would have wanted people to be sad on his passing, but to more than ever enjoy and celebrate his magnificent work. Let all the children boogie.’

‘Kooks is perhaps my favorite song, of all time, a tune good enough to bring a smile and a tear to the eye.’

‘Best album? How can you choose?! Ziggy, Hunky Dory, Aladdin, the Berlin Trilogy, Diamond Dogs, Let’s Dance, Outside, Heathen, Reality… I literally don’t know of any other artist with such a amazing canon of work.’

‘Favourite album? So many to choose from but I keep coming back to the melody, wit and invention of Hunky Dory. On a desperately sad day like today, I know playing it will make me smile.’

‘Listened to it [Blackstar] Friday and Sunday and after the second time I said to my wife that’s one of his best albums. Seems to have taken on a different meaning today.

‘I met one of my favorite musicians in 2002 and we were talking about Bowie. She said that Absolute Beginners was her favorite Bowie song and, being surprised by her answer, I kind of laughed. Immediately I said that’s nothing to laugh at because my favorite Bowie stuff (and I like pretty much everything he’s done) is the Tin Machine period. I also said that I figured that would maybe make her laugh, even though it was true. She turned towards me, looked me right in the eye with a serious look and said that she would never laugh at that, because Tin Machine was excellent.

“And isn’t Amazing one of the greatest songs he has ever recorded?”

And I haven’t apologised to any Bowie fan for liking Tin Machine since.’

‘Favorite album is the magnificent Station To Station. Only six tracks but dark, brooding and utterly compelling as Bowie tips his hat to his past whilst stepping out into an unknown future of the Berlin trilogy and beyond.’

‘Favourite album? Easy. Man Who Sold The World. Remember taking it to school (dress cover) when it was cool to walk round with obscure albums under your arm.’

‘In the midst of the sad news, isn’t it heartening to see not only so many tributes on here, but also so many different favourite albums between them. That in itself speaks volumes about how creative talented he was.’

‘“Sons of the Silent Age…

They never die, they just go to sleep one day.”’

‘I loved David to bits, his physical body might have expired but David Bowie will never die.’

We say goodbye to the ‘vessel’ that was David’s body. His soul and music will outlive us all (me, anyway). I feel honoured to have inhabited the same time and space as ‘the man who fell to Earth’… Go easy on your way, Starman…

‘“Fill your heart with love today …

And makes it free.”

What joy he brought. Bowie = Immortal.

* Quotations have been edited for grammar, brevity and clarity.