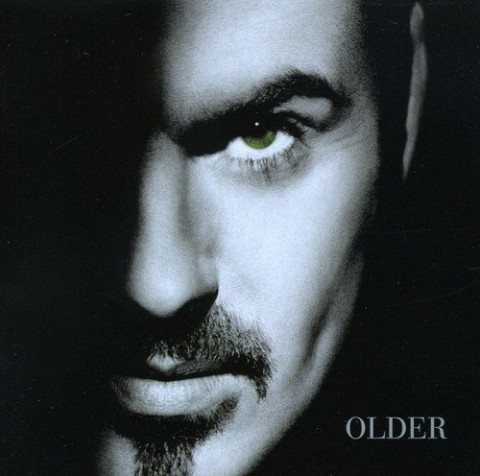 We wait in anticipation for the ’25th’ anniversary reissue of George Michael‘s second album, Listen Without Prejudice Vol 1, later this year, but today, let’s remember its follow-up, 1996’s Older, which is 20 years old on this very day…

While George’s stock fell in America around this time, Older was massive in Europe and especially the UK where George’s hit-making mojo returned after LWP delivered some rather disappointing statistics, chart-wise. If you remember Freedom ’90 as a big hit, think again – it peaked at a lowly number 28 in the UK, with Heal the Pain unable to penetrate the top 30 and Cowboys and Angels not even making the top 40 in Britain. Even the bona fide hit, Praying For Time ‘only’ reached number six.

Five and a half years after Listen Without Prejudice, with his high profile legal battle with Sony behind him, GM returned with Older and casually delivered SIX singles all of which made the top 3 in the UK singles chart. The singles were as follows (chart positions in brackets):

Much as I love the album, looking back, it’s amazing to think that Star People (probably the weakest track) was a number two hit and the sombre Older (albeit paired with a cover of Bonnie Raitt’s I Can’t Make You Love Me) managed to climb to number three.

You Have Been Loved seemed almost certain to break this sequence of massive hits when fate intervened. Diana, Princess of Wales died just before the single came out and the British public adopted the song almost as an unofficial tribute to her, which aided its climb to the unfeasibly high position of number two.

George hadn’t been this popular in Britain since 1986 (American SDE readers may be shocked to note that, just like LWP, Faith contains no UK number one singles) and if you use the post-Listen Without Prejudice Elton John duet of Don’t Let The Sun Go Down On Me as your starting point, George Michael had eleven consecutive top five singles, including four that reached the summit and a quartet that peaked at number two.

Older has never been reissued although in 1997 a special two-CD edition Older & Upper was released. Take a look at this set in the video below. Happy Birthday, Older!