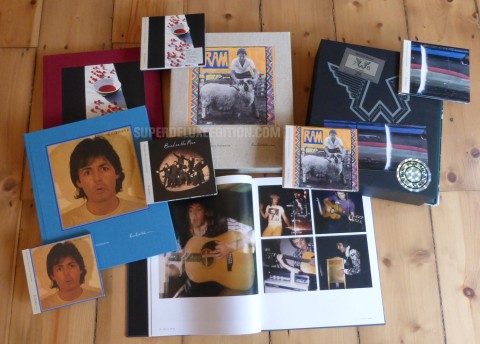 Next week sees the release of two more albums (Venus and Mars and At The Speed Of Sound) in the Paul McCartney archive collection reissue series. It’s been 18 months since the Wings Over America set came out so on the eve of the new reissues SDE takes a look back at the reissue story so far and offers a ‘mid-term report’… 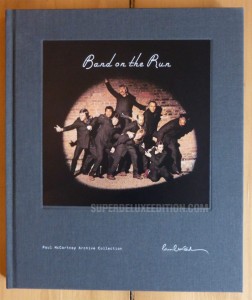 Band on the Run (Deluxe)

A predictable, yet worthy album to kick off the archive collection, Band On The Run has long been the yardstick by which Macca’s post-Beatles efforts have been judged.

The content of the 3CD+DVD deluxe version set the tone for the reissues that followed with some key missing content (the original quad mix), alongside tracks that most fans didn’t really need (the audio documentary on CD3 which was the bonus disc from the 25th Anniversary set).

Paul extracts maximum value from his unreleased One Hand Clapping documentary by including it on the (excellent) DVD as well as putting six songs from the film on CD2 (along with a few B-sides). The lack of demos is forgivable since they were stolen when Paul was mugged in Lagos! McCartney’s team did something with this set that has never been repeated and that was to bundle the DVD with the two-CD version in a great value ‘special edition’ three-disc digipack. After this debut archive collection reissue, the DVD would always be unique to the deluxe book. Speaking of which, the book was absolutely superb – a best-in-class tome which has just the right balance of archive photography, interviews and quality design. Hi-res 24/96 digital downloads were also included.

Could Do Better: No 5.1, hi-res is download only, CD 3 redundant 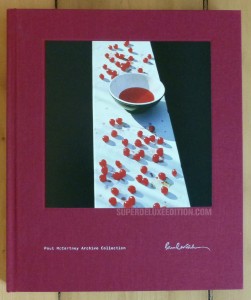 The McCartney deluxe makes it clear that it doesn’t matter how little bonus material is available, if Paul wants the album to be ‘deluxe’, then deluxe it will be! To be fair, the record obviously has strong historical significance having been issued between The Beatles‘ Abbey Road and Let It Be, but if it wasn’t for another superb book, you’d feel a little short changed with this 2CD+DVD set which is a CD lighter than Band on the Run.

In terms of the ‘bonus’ DVD, fast forwarding ten years down the road (1979 Kampuchea concert) for a few live recordings (Every Night, Hot As Sun and Maybe I’m Amazed) comes across as a little desperate and the ever dependable One Hand Clapping documentary is called into action again with Paul performing the somewhat overrated Suicide (supposedly written for Frank Sinatra).  The DVD has some really evocative home movie footage, but again, in the hunt for ‘appropriate’ content we end up with footage of a mulleted Macca in his late-forties chugging out Junk for a 1991 MTV Unplugged. This rather breaks the spell and romanticism of a bearded McCartney in flying jacket larking around on Super 8 film with his life as a single man and a Beatle only recently behind him.

The seven-track CD lasts only 25 minutes and Suicide makes another appearance along with an instrumental of Oo You, craftily retitled Don’t Cry Baby. You really do wish there were more genuine outtakes, until you listen to the woeful Women Kind and then you wish there were less.

Great work, keep it up: Book is a wonderful document of the musician painfully shedding his Beatle skin.

See me: Going ‘back to the future’ to find audio and video doesn’t work. All the music including the original album will fit on ONE CD! 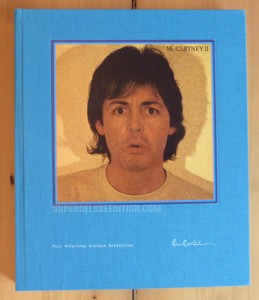 Released at the same times as the McCartney reissue, McCartney II is the hidden gem of the archive collection.

The only album issued in the 1980s to so far be afforded the deluxe book treatment, this 3CD+DVD set enjoys a large amount of unreleased material thanks in part to the fact that Paul was, for a while, toying with the idea of creating a double album and had some test pressings made up for family and friends to encourage some feedback. These have been widely bootlegged and included tracks such as All You Horse Riders and Mr H Atom /  You Know I’ll Get You Baby that didn’t make it to the final (single) album but appear on the deluxe.

As well as those complete unreleased tracks, amongst the bonus material are unedited versions of more than half the tracks on the album, including singles Coming Up and Wonderful Christmastime. These are a fascinating insight to the original recordings and it’s always interesting hearing how tracks were tightened up for commercial release.

The DVD includes a Meet Paul McCartney feature that has an interview with Paul conducted by lyrist Tim Rice. It’s a slightly grumpy affair with Rice apparently trying a bit too hard to avoid the beam of McCartney’s natural charm and coming across as borderline rude in places. The Coming Up and Waterfalls video are included along with Wonderful Christmastime which looks like a 4th generation VHS. Wings performing Coming Up from the People of Kampuchea concert is a phenomenal performance by Macca, effortlessly playing a busy baseline while singing beautifully. He look great too. Home video footage (“directed by” longtime assistant John Hammel) shows Wings rehearsing for this very performance. 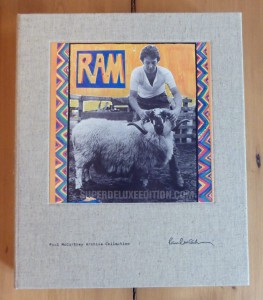 Fans were hoping for Paul’s 1971 album RAM to be reissued in late 2011 but in the end had to wait a whole year before it emerged (shortly after Paul’s Kisses On The Bottom album).

Four deluxe reissues in and someone in Macca’s team decided it was time to mess with the format. The deluxe edition would not just be a book it would be a box containing a number of books (including a ‘book of sheep’ flickbook) along with envelopes containing high quality photos and replica pages of handwritten McCartney lyrics. The box was cleverly designed to replicate the look (and feel) of the previous books and dimensions were maintain to ensure shelf-friendly consistency.

Even better, this was a generous 4CD+DVD set. One CD contained Thrillington an easy listening style orchestral (instrumental) version of the album (given a brief standalone CD reissue in the mid-nineties) and another had a rare mono mix of RAM which like The Beatles’ mono mixes was a dedicated mix with plenty of differences to enjoy. Bonus tracks on the third disc were reasonable, if not outstanding.

A highlight of the DVD was some great on the road footage courtesy of drummer-at-the-time Denny Seiwell. 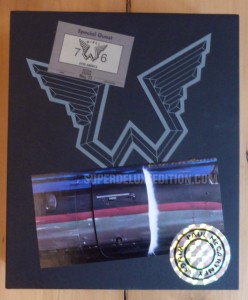 The 1976 triple live album probably wouldn’t have been most people’s choice for the  fifth release in the archive collection reissue series, but Paul likes to celebrate success and the Wings Over America tour was a successful (and happy) time for the ex-Beatle.

Controversy! Like RAM, this Grammy winning deluxe is a box and not a book, but this time McCartney’s team have also abandoned the consistency of the front, so instead of just the album cover nicely inset, we have tour stickers and a big Wings logo etc. Also, the material/feel of the slipcase doesn’t match the others, although the dimensions are still the same.

This is a 3CD+DVD set with the bonus CD contains eight unreleased live tracks from Cow Palace. The DVD is the Wings Over The World documentary.

The heart of this package was the books and you get FOUR of them.The 110-page commemorative tour book is the most like the volumes that came with the previous sets but the highlight was probably the tour itinerary book which was a treasure trove of hidden replica memorabilia, photos, facsimile tour passes and the like. The other two books were a Linda McCartney photo book and a book of drawing and sketchings by the tour artist (!) Humphrey Ocean.

Great work, keep it up: Unmatchable quality across the four books.

See me: Should have concentrated on studio albums.

Venus and Mars and At The Speed Of Sound will be released on 3 November 2014. You can read about those reissues here. 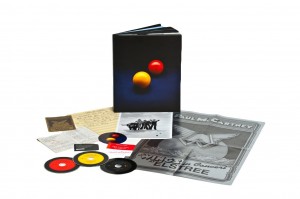 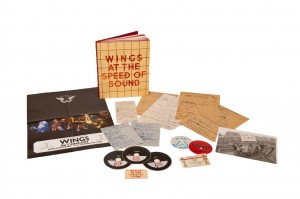