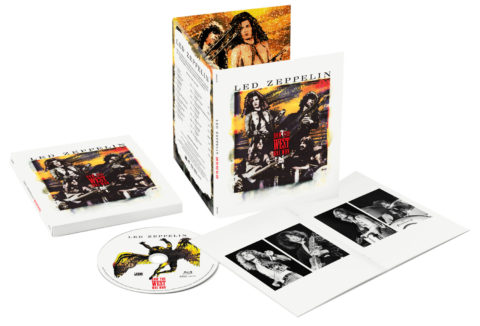 Confirmation came this week that there will be some Led Zeppelin ‘releases and events’ later this year for the band’s 50th anniversary. This promise was made when the reissue of How The West Was Won was announced.

Led Zeppelin must have a ‘Bryan Ferry‘-type deal with Warners, since like the imminent Roxy Music super deluxe – and as with previous Led Zep box sets – the super deluxe edition is bloody expensive. £129 right now, to be precise. And for that you don’t even get a blu-ray audio (just a DVD). On the positive side, the label have made a blu-ray audio with surround sound available separately, which means you don’t have to buy the box to get the 5.1 mix. Incidentally, the link for the blu-ray via Amazon UK is here (it’s not showing up on the widget yet, due to an Amazon-related technical gremlin).

Read more about the How The West Was Won reissue

Once you get past the top 20, the album charts are full of greatest hits. Leo Sayer’s The Gold Collection is proving popular. It entered last week at 27 and drops only a few places to number 33. No doubt the £5 price-tag helps and of course the good thing about being the the top 40 is that your album should be on the shelves of various supermarkets. Elsewhere Tears For Fears Rule The World is still doing solid business (#50), although after 11 weeks it still hasn’t been certified silver yet (60,000 sales). The Prince 4EVER compilation is a re-entry at 56, possibly because the vinyl edition was very cheap on Amazon in the last seven days, as highlight by SDE’s Vinyl Deals post (it’s back to normal, now). 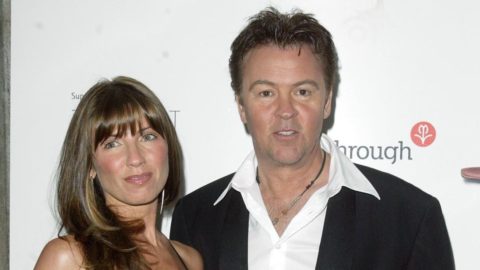 In the last few days we’ve had the death of The Fall legend Mark E. Smith. More sad news to sign off with this week, as Paul Young‘s wife Stacey died yesterday after a two year battle with brain cancer. She was only 52. Paul met Stacey way back, on the video shoot for his 1983 single Come Back And Stay and despite a period of separation that were reconciled. As some of you will know, I worked with Paul on a couple of reissue projects, so my deepest condolences go out to him and the family.