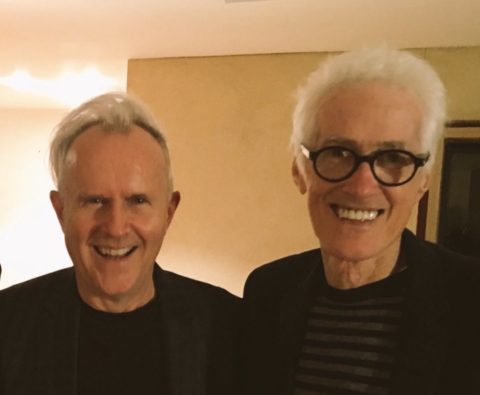 Very sad to report that record producer Rupert Hine died yesterday, aged 72. He is probably best known as producer and mentor to Howard Jones and he worked with Jones on his first two solo albums Human’s Lib and Dream Into Action.

When I spoke to Howard a couple of years ago about the reissues of both those albums, he was effusive in his praise of Hine, telling me that “it was perfect, really, to have Rupert”. He added that while Hine understood the technology and knew how to use all the synths “it’s not really the technical side [that makes a] great record. Rupert was a proper producer in the sense that he knew how to get the best out of me. It’s a psychology, it’s enthusiasm.”

It is notable that when Howard Jones choose to work with another producer – Arif Mardin – for this third album One to One, this was when the hits dried up and in the interviews he conducted around the promotion of that reissue, I sensed a kernel of regret that he hadn’t continued with Rupert for that third record.

Of course, by the time Rupert got around to working with Howard in the early eighties, he already had a decade of producing under his belt, working with artists like Kevin Ayers, Anthony Phillips, Murray Head, Camel and The Waterboys – as well as putting out his own solo material. Post Howard Jones, Hine would go on to work with Tina Turner, Rush and the Thompson Twins (to name but three).

Actually, I have quite an interesting story about Rupert, because while at school in Buckinghamshire, I had a friend, Derek Murphy, who was in a band and obsessed with music and Paul McCartney. Like many of us, he dreamed of being a rock star, but while we were sensible and stayed on to do our A-levels, Derek just left to make the tea and learn to be an engineer in Rupert Hine’s Farmyard Studios, which was in Little Chalfont, not far from where I lived (this must have been around 1986-7).

Anyway, Derek – who later changed his name by deed poll to ‘Derek McCartney’ – ended up working on Stevie Nicks’ fourth solo album The Other Side of the Mirror (which Hine was producing) while we were all still swotting away for our exams! Even cooler for him, was that as well as being credited in an assistant engineer capacity, one night they needed some bass guitar on a song and Derek said ‘I play bass’, and so if you examine the album credits all these years later, there he is listed as a bass player, his name alongside other legendary musicians like guitarist Waddy Wachtel and drummer Jerry Marotta! We were all very impressed. It seemed a lot cooler than learning about elasticity of demand in Economics! 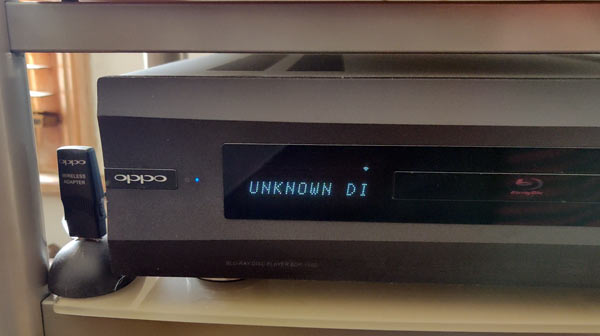 My CD player broke a few days ago! I say ‘CD player’, it’s an OPPO BDP 105D, so as some of you will be aware it’s a multi-function unit that will play CDs, SACD, DVD-A, Blu-rays etc.

I’ve owned it for three or four years and it’s a great machine (with network streaming capabilities), but every disc I insert now results in a ‘unknown disc’ error. The advice seems to be that it will be laser related, so I can either purchase a new ‘laser assembly unit’ online and then have a go at replacing it myself, or find a hi-fi specialist that can do all that for me.

These machines aren’t cheap, so it’s rather disconcerting that some small internal error can render it completely useless after such a relatively short period of time! Also, it was only back around Feb time that I finally got the SDE office surround sound set-up sorted (I spent £1000 on used speakers/sub-woofer and theatre amp) and it was all running off the OPPO!

I do have an old Yamaha SACD player (DVD-S1700) – thank God I didn’t get rid of it – that I will have to call into action as a back-up, but in the meantime the SDE office has been a vinyl-only affair for the last week. Now, without wanting to kick the ‘CD v vinyl’ hornet’s nest (really) I have been enjoying playing my vinyl, immensely. Don’t get me wrong, I love CDs, but I think its undeniable that you do engage with the physical item a bit more when you play a vinyl record.

One of the albums I put on yesterday was The Divine Comedy‘s Office Politics. First off, what a great album, but secondly that artwork inside and outside the gatefold cover looks fantastic. And there’s some great detail, where they’ve really run with the concept, because on the lyrics/credits printed on the inner sleeves there’s some annotations/corrections in ‘red pen’ a bit like your boss would do when he reads over a report you’ve written. I chuckled at a ‘post-it-note’ next to some lyrics with a scribble that said ‘better run this past legal’. All this wonderful attention to detail was really enhancing the pleasure of listening to the actual music. It exists to a lesser extent on CD but you certainly do miss out if you are just streaming this stuff (but I guess we all know that).

Anyway, back to the problem at hand and at the moment I’m planning to order a laser assembly unit from eBay and try and fix this myself. If anyone thinks that’s a really bad idea, please speak up now!

Have a good weekend, and stay safe.
Paul