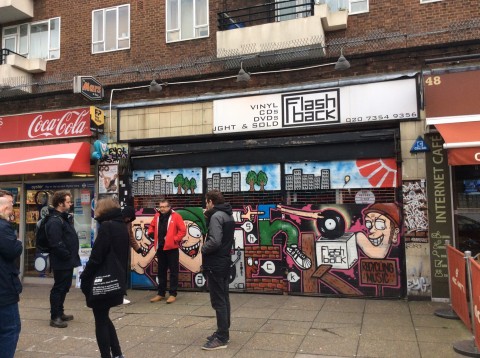 Morning! Welcome to this special Record Store Day ‘edition’ of Saturday Deluxe coming to you LIVE from outside a record shop in North London!

7.45: I was worried because in the past I’ve been here an hour earlier than this, but it’s a good result because after a cold and windy cycle down to Flashback in Islington I’m eighth in the queue! Make that seventh, since the bloke in front of me has just said “I’m off in a minute so you can have my place”. Nice! 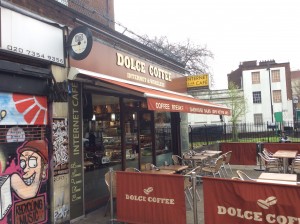 8.15: Only 8 people have arrived here in the last half hour. Dolce Coffee next door NOT coming out with tea and pastries. It’s starting to rain lightly. Didn’t bring an umbrella (obviously!)

8.45: It’s freezing. Just checked Flashback’s ‘list’ and they don’t have Frankie Goes To Hollywood, so I’m officially in a bad mood!

09.00: They haven’t got Madonna either. Starting to wish I’d stayed in bed.

9.15: Shutters still down on Flashback on the busiest day of the year. Other people in the UK have already bought their records and are at home with hot chocolate and crumpets! Did I say that it’s FREEZING!

This is the queue at present. 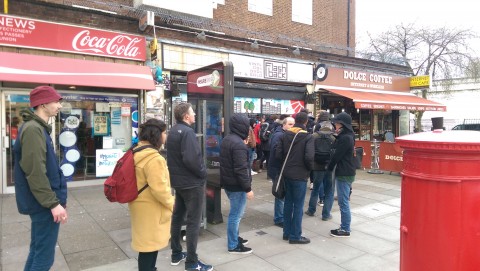 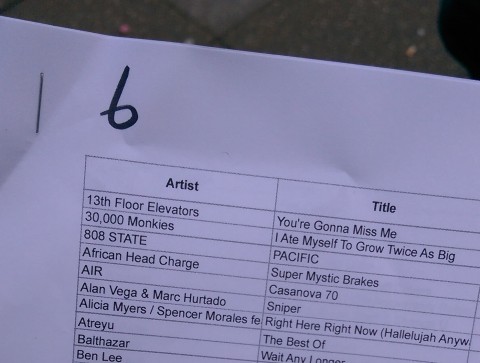 10.00: They think it’s all over, it is now. Even though I was 6th in the queue and had stood outside in the cold for two hours, they’d sold out of the David Bowie Man Who Sold The World picture disc, Air and the Manics by the time I’d got to the front! Bought three items in the end…808 State (which I will trade for a Frankie Rage Hard!), Etienne De Crecy Super Discount, and the Bob Dylan EP. Off home now for a bacon sandwich….

Please sir, can I have some more?

13:00: At home. A bacon sandwich has never tasted better! Still annoyed about not picking up the Bowie picture disc when I spot broadcaster and journalist Danny Kelly tweet about how ‘Brill Cafe’ (which is in Exmouth Market in Central London, not actually that far from Flashback in Islington) has plenty of Bowie left!

13.30: Can’t resist jumping in the car and nipping down there. Lovely little cafe and they had at least three or four Man Who Sold the World picture discs and loads of TVC15 seven-inch picture discs. Buy one of each and grab a flat white too while I’m at it.