SDE Editor, Paul Sinclair, is in New York during Thanksgiving, Black Friday and Record Store Day. He’ll be checking out the best of what record stores are left in Manhattan, heading over to Brooklyn for more vinyl and CD exploration and talking to shop owners, and record buyers. Read about his adventures for the next few days in these exclusive diary posts… 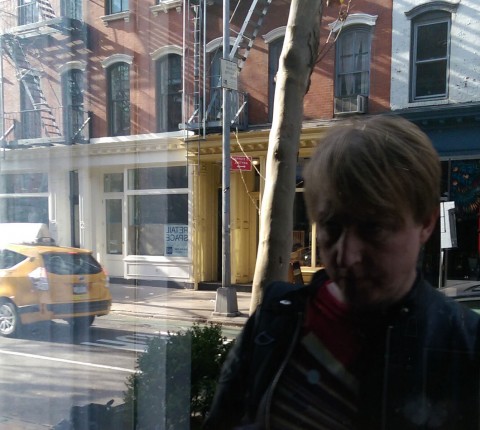 Yesterday was another beautiful day in The City That Never Sleeps, although walking around it did seem rather ‘sleepy’ because everything was shut due to Thanksgiving!

I always knew today was going to be more about getting a feel for the geography of The Village and establishing exactly where all the record shops were (thanks for all the messages and recommendations) even if they weren’t actually open. So after a better-than-expected ‘continental ‘ breakfast at the hotel, I headed out.

While it wasn’t exactly like The Omega Man (so much better than the I Am Legend remake) it was slightly disconcerting just how bereft of activity The Village actually was.

First port of call was The Record Runner on Jones Street, and as expected shutters were down and no one was at home.

Bleecker Street Records around the corner was not open either, although I peered through the metal grates and noticed that they have a ‘brand new’ vintage GE 8-track cartridge player, complete with box and 30 Beatles and solo Beatles cartridges (Sgt. Pepper, RAM etc.) for sale for $350. Pretty cool, although I wouldn’t pay that for it. Do I need it? No. Was I interested? Yes! 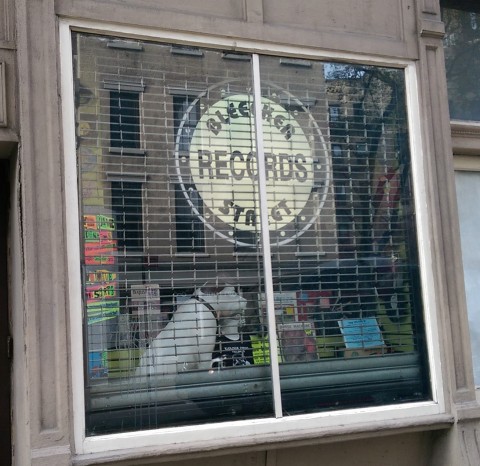 I headed up to the north part of Bleecker Street and was surprised to see how many luxury brands had moved in. Jo Malone, Burberry, Mulberry etc. This very much echoes London’s Carnaby Street which used to be a bit seedy but full of interesting and quirky shops (and interesting and quirky people!), and is now full of designer brands.

I eventually got to Rebel Rebel which I had heard so many good things about. It looked satisfyingly chaotic inside, although I was a bit surprised to see Adele’s new album in the window. I suppose you can’t blame them for milking that particular cash cow. 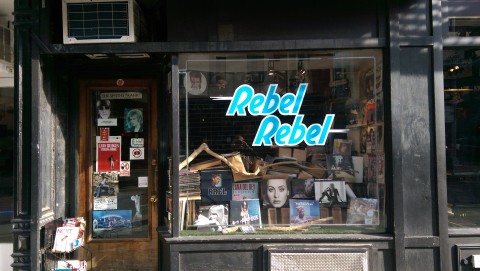 In fact Adele was everywhere. It seems no record shop is too trendy, too specialist or too independent to ignore 25. Other Music on East 4th Street joined in the fun. 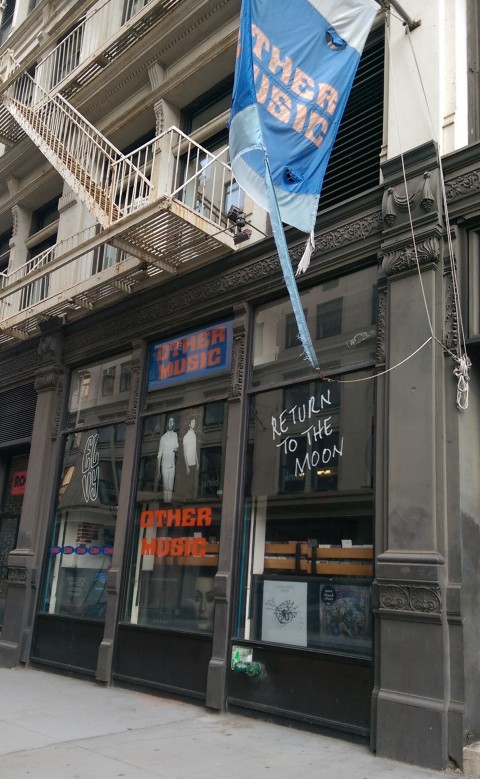 I headed uptown and got slightly caught up in all the activity around the Macy’s Thanksgiving Day Parade. I couldn’t see a damn thing, so skidaddled out of there for an early lunch.

Later on, heading back downtown I saw the first example of Black Friday ‘frenzy’ with people queuing/camping outside Best Buy in Union Square. They were opening at 5pm in the evening. I knew this because they’d had a professional sign made, declaring as such. 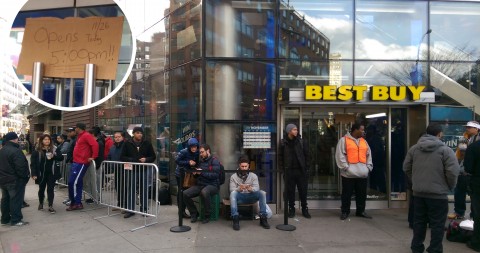 I had the pleasure of meeting up with NY resident and SDE reader Greg in the early evening. It was great to have some company and after a quick hot chocolate at Coffee Bean & Tea Leaf on Bleecker street, we headed up to Sony Plaza on Madison avenue for ‘the best pizza in the city’. It was fantastic for me to meet and connect with someone who lives so far from England, but shares a passion for music and enjoys reading this blog.

Walking back through the city, that Best Buy mentioned earlier was now open and all the queues had disappeared. I was determined to buy some music so popped in to see what was doing. They had the limited edition Pipes of Peace and Tug of War sets with the exclusive ‘tote bags’ but try as I might, I couldn’t convince myself to spend $52 to get two bags. 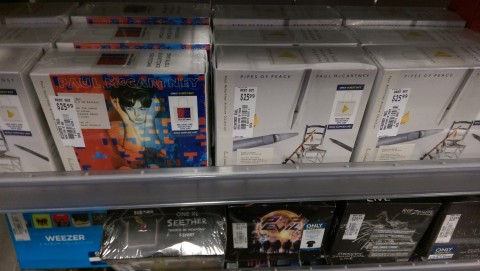 The store’s policy on Adele’s 25 made everyone else look very restrained. 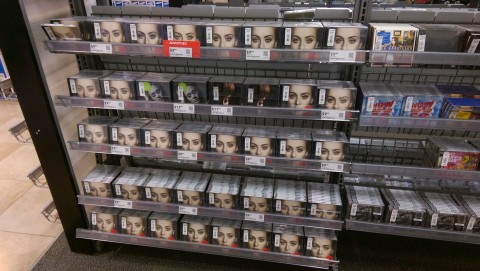 After a long day I retired back to the hotel. A flick through the channels revealed that AMC were showing The Godfather Part II but I was never going to stay awake for that. Instead I watched a bit of the US version of BBC TV’s Dragons’ Den, which is called Shark Tank. Ironically, it lacked the bite of the UK programme.

Check back tomorrow for day three of my New York diary.