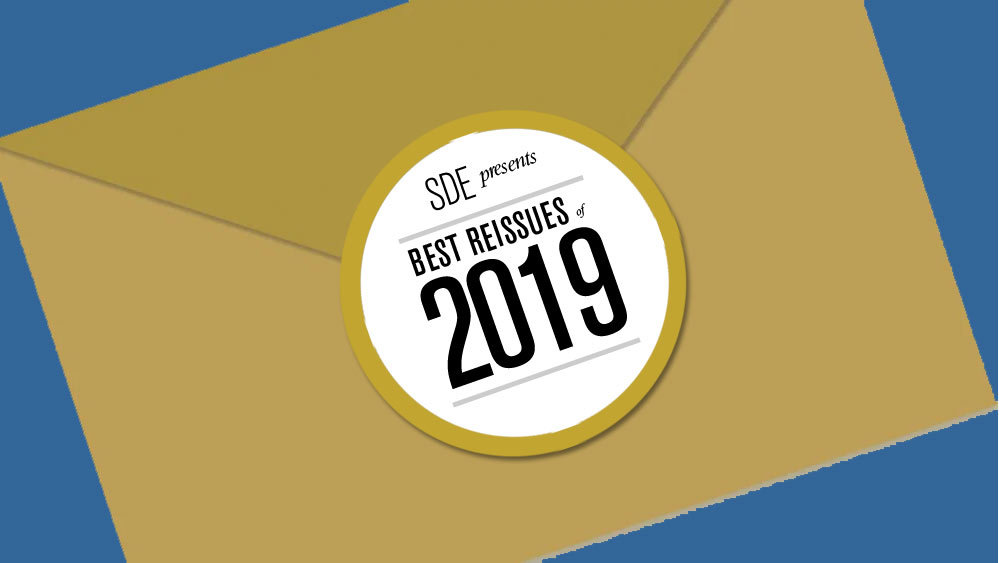 2020 is but hours away, so before we hit a new decade, SDE takes a look at some of the best reissues and box sets from this year. There are seven categories, each with one winner and ‘special mentions’ for other worthy releases. 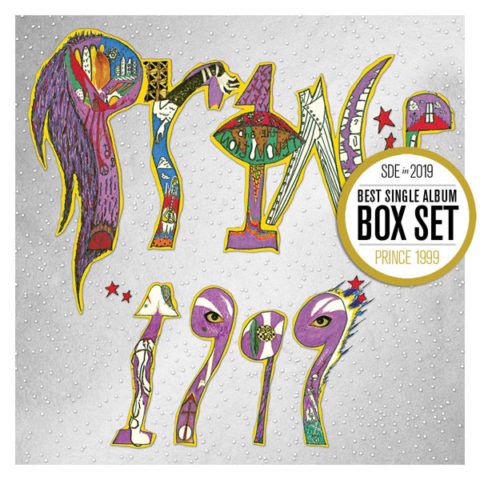 A near-perfect reissue of Prince‘s 1982 album, the 5CD+DVD set and 10LP+DVD box offered an enormous amount of bonus material, including two CDs (or four LPs) of vault tracks. The quality of this material is unreal, from early versions of eventually released songs (‘Irresistible Bitch’, ‘Feel U Up) to tracks that Prince kept fiddling with that were ultimately never issued (‘Possessed’). It’s the sheer number of unheard songs that boggles the mind and they are all good; from the funky ‘Bold Generation’, the breezy ‘Money Don’t Grow On Trees’ to the ultra-poppy ‘Rearrange’. Add to this the remastered double album, every edit, remix or B-side issued at the time and two live performances (one on CD and one on DVD) and you’ve got the making of something quite special. The wonderful packaging is also worth a mention. Naysayers can point to the lack of 5.1 mix and promo videos but for around £55 for the CD box that’s fairly easy to forgive.

SPECIAL MENTION: The Beatles: Abbey Road. Hard to fault this reissue, although Prince edges it for sheer generosity and value. Mike McCartney: McGear. Fans disappointed with the lack of Macca reissues this year should look to the fabulous McGear set, which is effectively a Wings album in all but name. 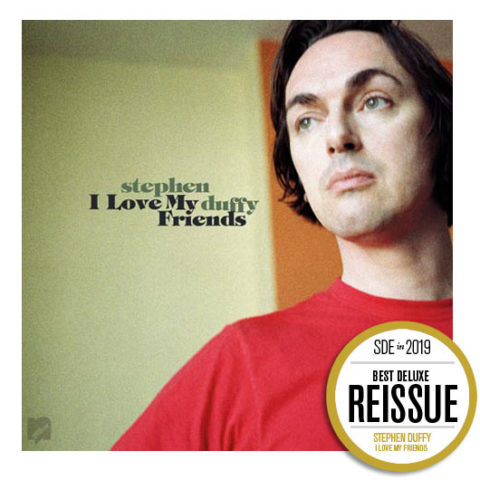 Stephen Duffy‘s 1998 album was one of his three very good – albeit rather ‘lost’ – solo records from the 1990s. This one was particularly ill-fated, since label intervention meant that the album that was eventually released wasn’t really what Stephen wanted to put out at the time. Fed up, he reformed The Lilac Time and just moved on. 21 years later, fan and friend Pete Paphides decided that a revised edition of I Love My Friends would be the inaugural release on his new label Needle Mythology. With Duffy’s assistance they restored I Love My Friends to a kind of ‘director’s cut’ version with the mood-spoiling Andy Partridge-produced tracks removed and a few of others (that had been B-sides at the time) reinstated. The running order was also re-jigged for good measure. The album was remastered and sounded great on vinyl, but CD fans were really spoiled by a whole extra disc of ‘selected demos’ (all unreleased) that were delivered as a bonus item within the gatefold CD wallet. These remain unique to the CD edition. The fabulous new artwork is the icing on the cake (pun intended, obviously). 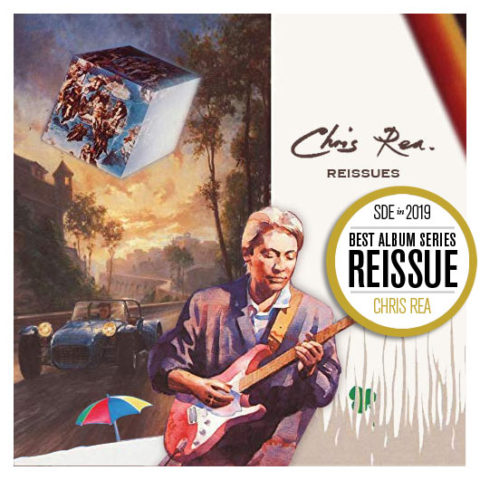 For all the fun of super deluxe edition box sets full of posters, lanyards, books, marbles etc., it’s sometimes easy to overlook the simpler, more ‘classic’ offerings. On the face of it, Warner Music’s Chris Rea reissues [Rea-issues?] could be described as rather old-fashioned; two-CD sets, each with a bonus disc of rarities. But with the expertly compiled bonus disc apparently becoming something of a lost art these days, the Rea deluxe editions had much to offer. Not only did we get five remastered albums, delivered simultaneously (by contrast Paul McCartney has taken almost TEN YEARS to reissue 11 of his studio long-players) these were put together with diligence and a real fan’s eye for what is required, especially when it comes to those all important bonus tracks.

It’s a fascinating exploration of an arguably unsung artist; one that spotlights many interesting recordings. Rea [probably at the request of the label, to be fair] couldn’t stop fiddling with Shamrock Diaries‘ ‘Josephine’. The single version (on that album’s bonus disc) was a re-recording which seemed to remove much of the charm of the original, while the French ‘disco’ version (another re-recording on the Dancing With Strangers bonus disc) is very different again. The Road to Hell‘s CD 2 offers a ‘US mix’ of the song, while Auberge‘s bonus disc delivers the New Light Through Old Windows version. Phew!

The festive classic ‘Driving Home For Christmas’ is so familiar, it’s strange to hear the largely forgotten ‘first version’ (On The Beach bonus disc). In Peter Doggett’s excellent notes Rea explains how the song was basically only recorded very casually to test out some Roland keyboards (it ended up as the B-side to 1986 single ‘Hello Friend’). The more familiar version is the New Light Through Old Windows re-record (which is included on the Dancing With Strangers bonus disc). Rea was clearly USELESS at judging his own material. The same bonus disc offers an early samba version of ‘Let’s Dance’ which was hidden away as an extra track on a 1986 single before being ‘rescued’ when someone at the label suggested it be reworked. It eventually became the lead single to the next album, 1987’s Dancing With Strangers, ending up as one of Chris’ biggest hits, peaking at number 12 in the UK.

Despite modest packaging (they’re all in plastic jewel cases) the five two-CD sets are a delight and include all manner of rarities such as single re-recordings, B-sides, non-album cuts, the odd remix and live tracks. A great reissue campaign and Rhino even put out a new compilation with unreleased tracks via their own store (now sold out, but available on Spotify).

Read more about these reissues.

SPECIAL MENTION: a-ha: Minor Earth Major Sky and Lifelines. The two albums that ushered in the second act of the Norwegian’s band career. Both offer generous amounts of demos on the 2CD sets and a few remixes. Unlike the previous batch (Stay On These Roads, East of the Sun West of the Moon and Memorial Beach) these were also made available on vinyl (without the bonus tracks). 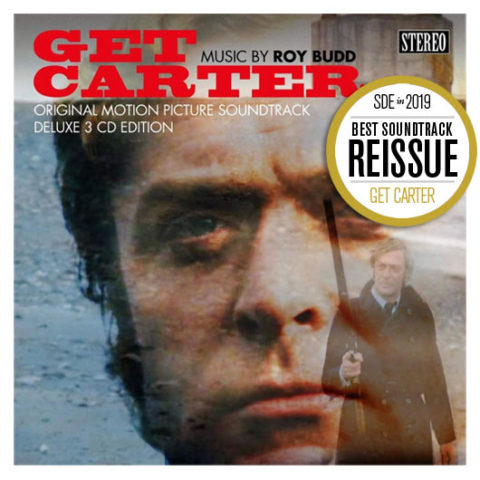 Get Carter is one of those films that is constantly being rediscovered by new generations. Michael Caine delivers close to a career best performance as Jack Carter, the London gangster who heads north to find out more about his brother Frank’s death. Roy Budd‘s music – particularly the main theme (‘Carter Takes A Train’) – works beautifully, although the actual songs such as ‘Gettin’ Nowhere In A Hurry’ and ‘Hallucinations’ (with lyrics by Jack Fishman) are just as good.

The 1998 CD of Get Carter was already great (this was the first time it had appeared on the medium), but Cherry Red’s three-CD deluxe of 2019 took the offering to a new level with a stunningly good 96-page hardcover book presentation which included a foreword by Fishman, and detailed notes on virtually every aspect of the film. It’s filled with excellent photos and images various film posters from the era.

The second disc in this set offers various alternative versions and rarities (including the rare UK seven-inch single version of the theme) while the third CD delivers a fantastic Roy Budd film score ‘best of’ with selections from The Marseille Contract, The Black Windmill and Kidnapped).  Points are deducted for a handful of unnecessary contemporary remixes at the end of the second disc, but nevertheless this is essential for film score and soundtrack fans.

SPECIAL MENTION: Bernard Herrmann: Marnie. Massively impressive deluxe package from Stylotone, which included coloured vinyl, CD, seven-inch single, ‘Quad’ poster and hi-res download. Mystify: A Musical Journey with Michael Hutchence. Wonderfully evocative sound montage of songs and dialogue from Hutchence and INXS. Elevates the ‘soundtrack’ medium, although Universal cocked up the CD by not honouring the ‘four side’ approach and indexing every track individually (something Spotify doesn’t even do). 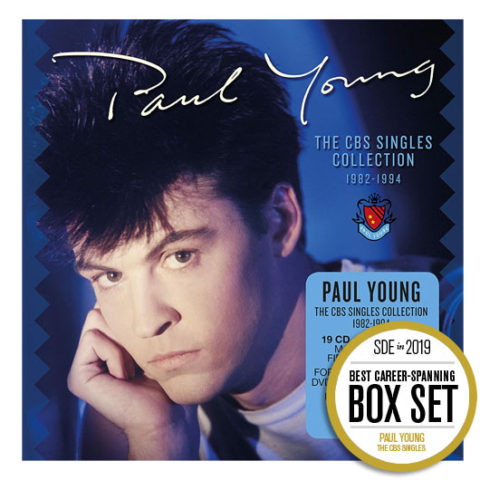 Of course I need to put my hands up and say that this was compiled by my good self, but before I get accused of marking my own homework, getting the audio selection right is but part of the process and Demon Music did a phenomenal job bringing this concept to market, at an impossible-to-resist price. Every Paul Young UK single issued via CBS (19 of them) was included here on a correctly artworked CD single. Each disc included relevant B-sides, seven-inch mixes, 12-inch mixes, instrumentals, demos and more. The CBS Singles Collection came with a 36-page booklet, a high quality Japanese ‘drawer’ style two-part box and even included a print signed by Paul Young (before Amazon UK lost most of them!). In the end, this was TOO SUCCESSFUL, since the 1500 run sold out on pre-order and these are now rather sought after and expensive to acquire. 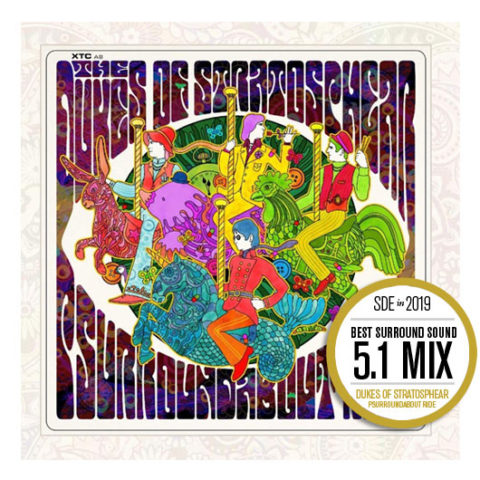 The two Dukes of Stratosphear albums are perfect for the 5.1 treatment and who better than Steven Wilson to deliver such an experience. Forget about ‘ambience’ in the rears, Wilson really lets loose with proper discrete audio as sounds fly around the room and because of the fun, psychedelic nature of the music, it never feels overdone or inappropriate. There’s so much music to enjoy (including instrumentals and demos) and you don’t have to buy a £100 box set to gain access.

Read more about this release 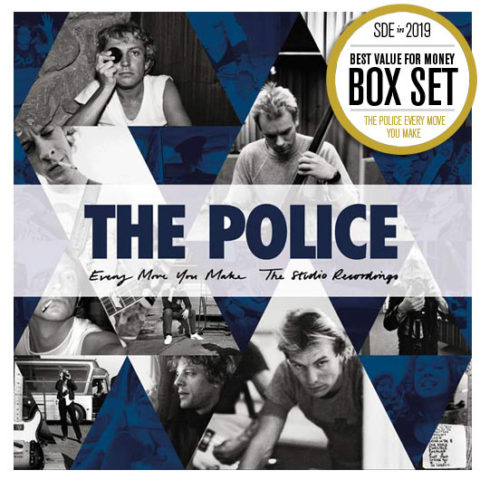 It took Universal Music a year to do what they should have done back in 2018 and that was release their Police Every Move You Make: The Studio Recordings box set on CD. Why they didn’t do it at the time remains a mystery, although perhaps they thought not enough people would buy the £100+ half-speed mastered vinyl set if a cheaper CD variant was on offer as well. To recap, this box offers all five of the band’s albums – newly remastered – on CD, along with a bonus disc of rarities called Flexible Strategies. The albums sound great, the bonus disc is welcome – if far from comprehensive – but what makes this box so good is the price. The label have clearly set the dealer price so low that supermarkets and online retailers (in the UK) are able to charge around £15 (or even less) for this six-CD package. Truly impressive, especially since the lift-off lid box itself is high quality and even includes one of those ribbons to help extract the discs. There’s no booklet and the CDs are housed in functional gatefold card sleeves, but who’s going to quibble? As the price of big super deluxe sets continue to increase, it is refreshing to see fans not being ripped off. I hope this has sold well, to encourage the record label to repeat this offering with other artists.