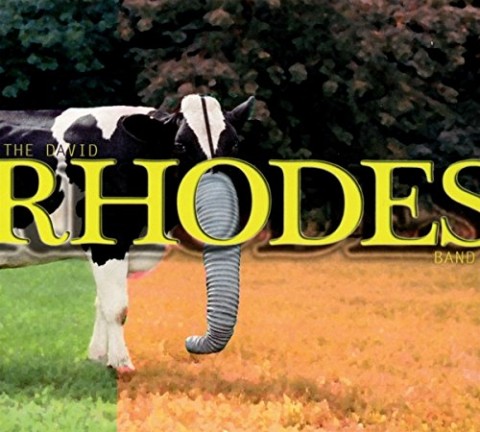 Guitarist David Rhodes is probably best known as for his association with Peter Gabriel which goes back to the late 1970s. Before that he was in post-punk band Random Hold and over the years he has played guitar for many well known acts including Talk Talk, Roy Orbison and Blancmange.

This year he was part of The KT Fellowship (aka Kate Bush’s live band for her Before The Dawn shows) which was swiftly followed by a tour of Germany to support his most recent album The David Rhodes Band.

The 10-track album was initially a PledgeMusic funded project but is now more widely available through traditional channels. The record is a satisfying mix of intelligent mid-paced pop-rock (If I Could Empty My Head, Monkey On My Back and Waggle Dance) and softer more reflective numbers; the acoustic shadings of Time or the regret of album closer Be Mine.

The three-piece band are completed by band Ged Lynch on drums and Charlie Jones on bass, and the album was produced by Chris Hughes (best known for his work with Tears For Fears in the 1980s) and mixed by Tchad Blake.

SuperDeluxeEdition: How was working with Kate Bush during those six weeks?

David Rhodes: Well it wasn’t just those six weeks, of course. I was asked if I would join in last October [2013]. After that I didn’t speak to her for quite a while, but she gave me a list of songs to check out towards the end of the year.

SDE: When she spoke to you in October did she already have a clear vision of what she wanted to do?

DR: I think she was pretty damn clear, yes. She knew the material late in the year, very precisely.

SDE: Tell us about early rehearsals, was it just a band in a room, playing?

DR: The very first rehearsals were just myself and John [Giblin] and Kate, and we just played through a few tunes, only for three days, just to ease in. That was back in March, I think. And we did band rehearsals in April, in a cold room!

SDE: When it came to the gigs themselves the audience response was phenomenal, with multiple standing ovations even within songs. Had you seen that kind of reaction before?

DR: Never! [laughs]. It was great. The audiences adored her. Lucky her! [laughs]

SDE: Let’s talk about The David Rhodes Band album. Tell us about the making of the record and how you found the PledgeMusic model to work with?

DR: The whole idea of connecting with fans seems great and it is great because it gives them an interest in what’s going on, but then you have to supply that interest [laughs] which is quite hard going. So you do the initial thing of raising the funds, then you have to make the record and then you have to fulfil on the things that you’ve sold and that takes way longer than you’d imagine [laughs].

SDE: Do you see this model as the future for artists that are looking to self produce?

DR: It’s very difficult because I thought I’d raised enough – and I had, just – but it’s nerve-wracking because you forget about costs – production costs, manufacturing costs – even if you think you’ve covered it all. Actually there’s a new thing – [Peter] Gabriel told me about it a couple of weeks ago – called Patreon, that I think is American, but that slightly different because you get people to invest in you monthly [laughs], so it is like patronage. I don’t know how it would work for musicians, but I could see if you were a painter you could give people a print every month, for example.  The Pledge thing was great, but when you’re wanting the funds to go up and they don’t, you get in a panic.

SDE: How was working with Chris Hughes?

DR: We tried to make the record as a very honest three-piece thing – a rock album – and Chris Hughes helped a lot. He’s great. I was in a band with him when I was something like 15 and he was 17, so I’d known him, but we lost touch soon after that. I think I did one session for him back in the ’80s,  but over the last few years I’ve bumped into him every November at a fireworks do we both go to and we were saying a couple of years ago, we really must meet up. I went to see him and we had a little jam and I realised that it was 40 years since we’d played in a room together. Chris was going to help with the routining of the band and leave us to record on our own, but in the end he couldn’t come to the rehearsals. Then on the first day of recording he was there when we were and didn’t leave until we left and that was the same for the whole period. He kind of took over [laughs] but he’s a lovely guy.

SDE: Do you have any ‘Monkeys on your back’?

DR: Yes I do [laughs] and I’m not going to tell you about it…

SDE: I checked the songwriting credits – he’s not mentioned!

DR: [Laughs] I think a guitar part that goes ‘na-na-na-na-nah’ you can’t copyright that..

SDE: How was the tour in Germany?

DR: Germany and Austria. We did eight shows. Actually, I had a friend translate Waggle Dance so we’d do it twice, once in the evening in German, early on, and then at the end in English which was slightly better. My German is non-existent.

SDE: What’s next for you? I know you’re working with Peter Gabriel again on his Back To Front tour.

DR: November 8th. We go to Brussels to do production rehearsals there. But that’s only a month we do with him. Another short blast. I’ve got small projects bubbling away; maybe a bit of film work for another children’s animation film. I did one for an Italian director around 15 years ago but he’s got another one in the pipeline.

David Rhodes was talking to Paul Sinclair for SuperDeluxeEdition.

The David Rhodes Band album is out now. 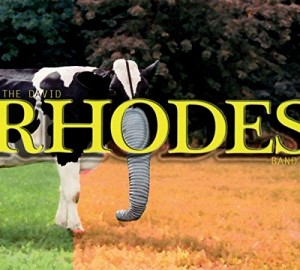 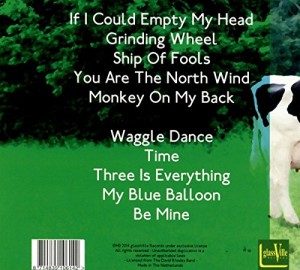