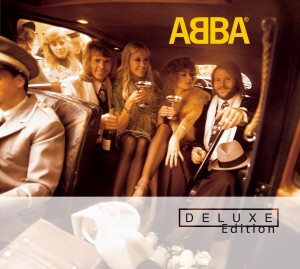 If you thought ABBA‘s deluxe reissue series was at an end with the release of The Visitors earlier this year, then think again.

The first disc in this 2-disc package is a CD, which features the original album, plus three bonus tracks. There is nothing new here, since the bonus tracks match what was on the same disc in the 2005 Complete Studio Recordings box set. However everything has been remastered (for at least the fourth time) especially for this release. This is signficant, because previous remasterings have been criticised, but recent deluxe reissues such as Super Trouper and The Visitors have been highly rated, with a more audiophile approach to the sound. It is likely that ABBA will have a remastering approach similar to the the last few reissues.

The format is the same as previous releases, with a single DVD as the extra disc. It looks promising, featuring 60 minutes of previously unreleased television performances, including the complete 1976 television special ABBA In Australia – the export version of the famous The Best Of ABBA special. Six of the 12 songs in the special are performances of tracks from the ABBA album.

In addition, there are three songs from the 1975 television special Made In Sweden – For Export, along with two performances from the BBC archives: SOS on Seaside Special, first broadcast in 1975, and Mamma Mia on Top Of The Pops (1976).

The package also includes a 24-page booklet featuring an extensive essay on the making of the album, for which ABBA’s Benny Andersson and Björn Ulvaeus have contributed fresh insights and stories.

ABBA (Deluxe Edition) will be released in November 2012.

5. The Best Of ABBA, TV Commercial