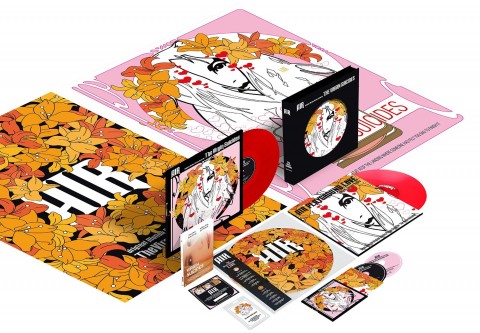 Air‘s The Virgin Suicides soundtrack is being reissued as a rather lavish box set as SDE announced yesterday, but what has come to light since then is the fact that the version retailing on Amazon France appears to be exclusive.

The box set is listed as a SIX-disc set on the French site and, apparently uniquely, also contains a DVD of Sophia Coppola’s 1999 film The Virgin Suicides on top of all the other content. You can see it pictured above in the packshot. Rhino’s press release for this reissue makes no mention of a DVD of the film being included and most of the other listings worldwide have this as a “four” disc box set, which doesn’t actually make sense since it’s five discs if you count the double CD as two discs (why wouldn’t you?).

Of course, before we get too excited let’s remember this is a DVD and not a blu-ray, and we have no idea about language/subtitle options (i.e. can you turn them off?), but hey, it’s something extra! If nothing else the image above gives you a good feel for the contents of the box and you can see what the vinyl live album picture disc looks like. Check out the original post for more information around track listings.