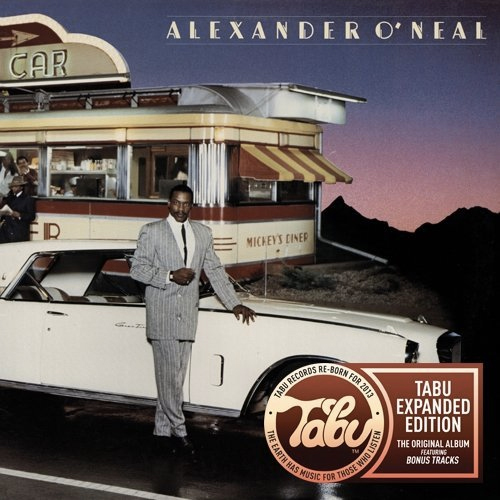 Demon Music have announced the details of the first release in their Tabu catalogue reissue campaign.

Alexander O’Neal‘s 1985 debut is to be issued as a two-CD set on 8 April 2013, packaged as a casebound book, which contains the song lyrics and an essay. The original studio album is on CD1, whilst CD2 includes additional remixes and alternate versions of the singles.

Demon have said that they will be “re-issuing the entire Tabu catalogue on expanded re-mastered CDs, digital, a selection of 180GM vinyls, and some amazing boxsets”.

It is a shame that “The Remix Album” a ten-inch vinyl special given away with early copies of the vinyl record back in 1985 has not been replicated in full on the bonus disc of this reissue. Saturday Love (Extended Remix) and Saturday Love (Acappella) are both missing. They are clearly being saved for the expanded reissue of stablemate Cherrelle’s High Priority.

Hearsay will follow in May with All Mixed Up slated for a June release.