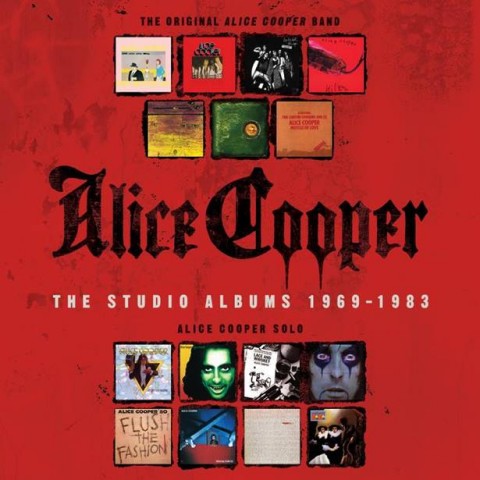 Later this month Rhino will release The Studio Albums 1969-1983 a new Alice Cooper box set that includes all of the albums  he recorded with Warner Bros. Records.

The box contains 15 CDs – one for each album – starting with 1969’s Pretties For You and ending with DaDa from 1983. This will be a clamshell box with the CDs in card sleeves with original artwork reproduced.