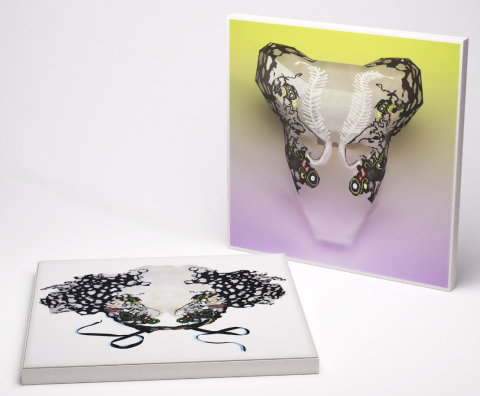 One Little Indian are to release a live version of Björk’s eighth studio album Vulnicura, which will be available on CD, vinyl and as a deluxe limited edition boxset.

The album is made up of Björk’s favourite performances from her 2015 tour, and it features every song on Vulnicura, plus some favourites from previous works. The songs were performed live with the Alarm Will Sound & Heritage Orchestras, and artists The Haxan Cloak & Arca.

The CD and vinyl are both packaged in special Vulnicura ‘wound’ die-cut sleeves, while the ‘Luxury Edition’ box set will contain the double LP in a gatefold sleeve, a CD, a download card, a set of six photo prints housed in a glassine sleeve and an exclusive 3D Low Polygon Bjork Moth Paper Mask, which is a self-assembly job (it comes in pieces, with its own set of instructions on how to build it!)

The mask has been developed in collaboration with Wintercroft and based on a James Merry original design. Box set designed at M/M (Paris).

The box won’t ship until September (groan) and appears to be exclusive to One Little Indian/Bjork (at least for now) and can be ordered here. The double LP and CD editions are out on 5 July 2016 (no CD pre-orders as yet). 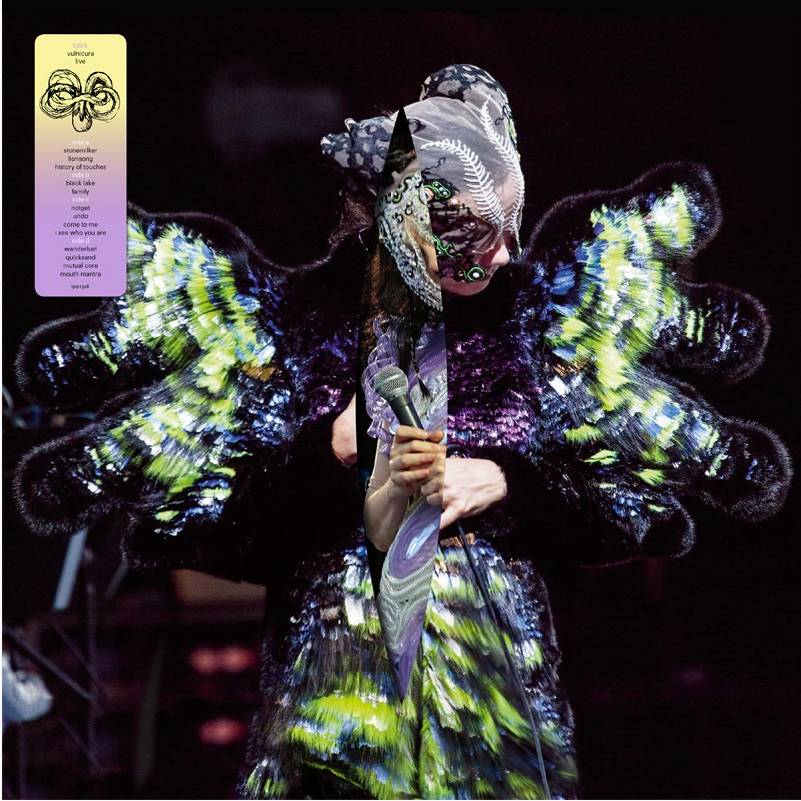