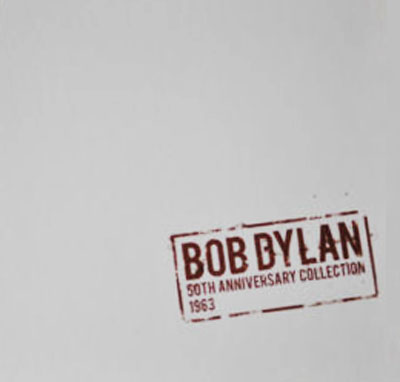 Last year Sony/Legacy snuck out a small number of Bob Dylan 50th Anniversary box sets to prevent the recordings from entering the public domain – the so called ‘use it or lose it’ strategy in terms of copyright. Only 100 of these four-CD sets were said to have been made available to the public through independent stores in Europe.

It seems they the label have deployed the same strategy in 2013 but are going the vinyl route this time around. The 50th Anniversary Collection 1963 is a vinyl box this time, a six-LP set in fact, which features a mixture of previously unreleased studio and live recordings from 1963 (see full track listings below).

It’s not particularly clear exactly how many are being produced, but it does appear to be hundreds, rather than thousands. What’s confusing is that these are supposed to be distributed via independent record shops, but have now turned up on Amazon. Quite how or why Amazon have these remains to be seen. It seems rather unlikely that they will be able to fulfil orders for a product where demand will massively outweigh supply, even at the high prices being charged, unless the production run is higher than it is rumoured to be.

If you do want to try your luck, there are some pre-order links below.

tracks 5 & 6 recorded at the Lincoln Memorial during the March on Washington, 28 August 1963. Track 5 with Joan Baez