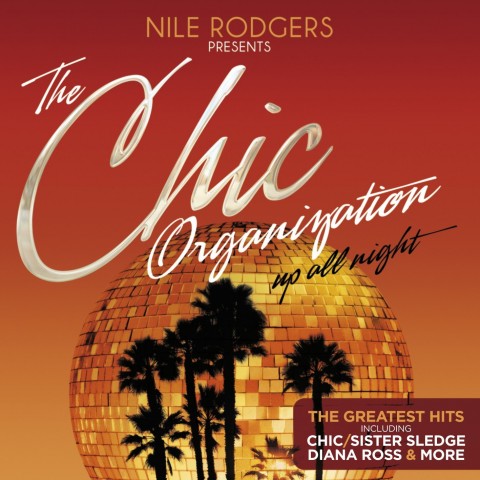 Although the recent reissue of Nile Rodgers/ Chic box set Savoir Faire, was very welcome, it is likely that the majority of people will be quite content with the contents of Up All Night. This new two-CD ‘best of’ contains all the expected hits and more.

It repeats some of the selections from Savoir Faire, including Carly Simon’s Why in its twelve-inch configuration and the extended version of Debbie Harry’s Backfired, and amongst others, loses the ‘Dimitri from Paris’ remixes and unreleased Johnny Mathis tracks. Diana Ross’s Upside Down is present and correct, but in its standard album form, not the ‘original chic mix’ found on the box.

In total, 25 tracks from Chic and the many artists they produced. Up All Night is released on 1 July 2013, so get those glitterballs ready.