Curated by Carly • 17 bonus tracks, including “Let The River Run”

The album was Simon’s first for Arista and was a success, with the seductive title track a major hit, reaching the top 20 in the USA and a top ten hit in the UK.

That single was featured in Mike Nichols’ 1986 film Heartburn and Simon had even greater film-related success with Let The River Run, her theme song for another Mike Nichols film, Working Girl (released in 1988). The song didn’t outperform Coming Around Again in the charts (actually, it was a relative flop) but it won Carly Simon the Best Original Song Oscar at the 1989 Academy Awards. It was the only one of the film’s six Oscar nominations that was converted to a win. The song also won a Grammy and a Golden Globe for good measure. Incidentally, this amazing award ‘treble’ – for a song written and performed by just one person – has only been achieved twice (the other was for Bruce Springsteen’s The Streets of Philadelphia).

This reissue has been curated by Carly Simon and Let The River Run is included as one of six bonus tracks appended to the album on this new deluxe edition. Other tracks include non-album B-side Sleight Of Hand, If It Wasn’t Love (a Patrick Leonard produced song, originally included on the soundtrack to 1986 movie Nothing In Common) and an extended remix of Give Me All Night.

The bonus CD is the 1988 Greatest Hits Live album, which was derived from the 1987 HBO Concert Special, Live from Martha’s Vineyard. That was a very successful album in its own right at the time (Carly’s only live album to date), although they’ve retitled here, Carly in Concert – Coming Around Again. This reissue comes with a booklet that features an in-depth interview with Carly.

This 30th anniversary deluxe edition of Coming Around Again will be released on 27 October 2017. 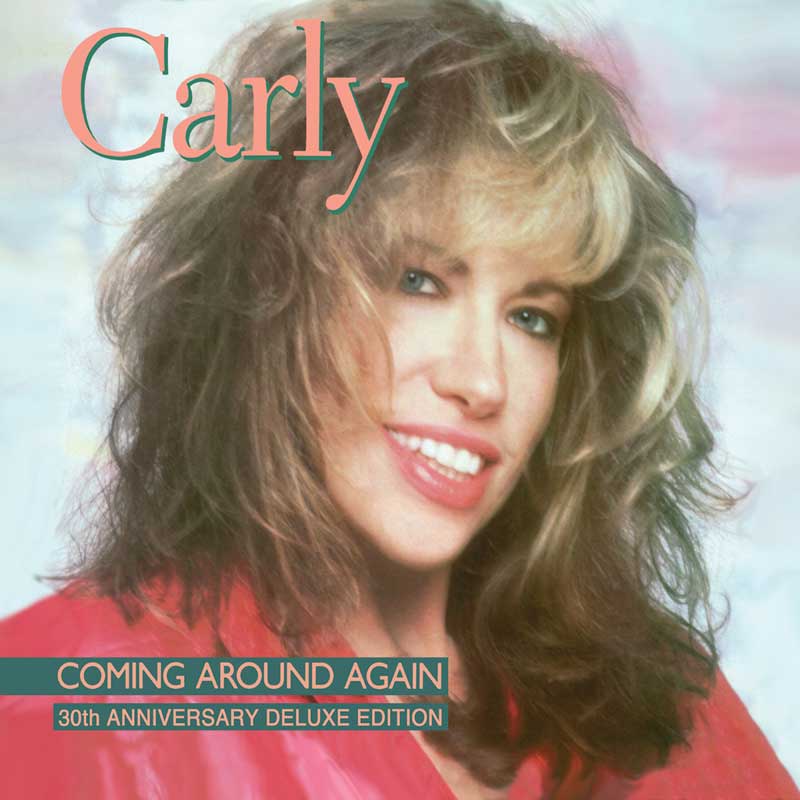