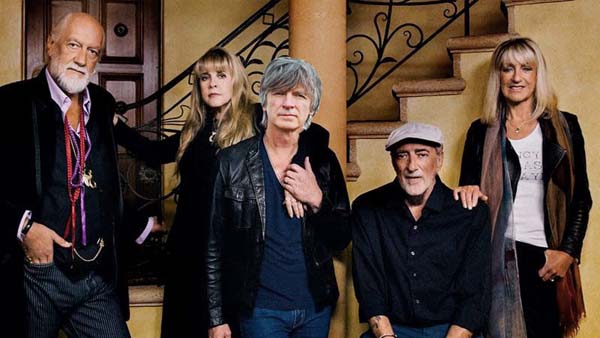 How it might look: Neil Finn will join Fleetwood Mac

In a surprise announcement, Fleetwood Mac have confirmed that guitarist and songwriter Lindsey Buckingham has left the band and Mike Campbell from Tom Petty and the Heartbreakers and Crowded House’s Neil Finn will step in to replace him on their forthcoming tour.

In a statement, Fleetwood Mac said: “Lindsey Buckingham will not be performing with the band on this tour. The band wishes Lindsey all the best.”

They added: “We are thrilled to welcome the musical talents of the caliber of Mike Campbell and Neil Finn into the Mac family. With Mike and Neil, we’ll be performing all the hits that the fans love, plus we’ll be surprising our audiences with some tracks from our historic catalogue of songs. Fleetwood Mac has always been a creative evolution. We look forward to honoring that spirit on this upcoming tour.”

Neil Finn revealed that he’d been approached a fortnight ago, telling Rolling Stone: “Two weeks ago, I received a wonderful invitation to be a part of a truly great band. A few days later, I was standing in a room playing music with Fleetwood Mac. It felt fresh and exciting, so many great songs, a spectacular rhythm section and two of the greatest voices ever. Best of all, we sounded good together. It was a natural fit. I can’t wait to play.”

Snow warnings for parts of the country, the mystery of Stonehenge solved and yes I’ve joined Fleetwood Mac

As the story has developed overnight, many news outlets are reporting that Lindsey was ‘fired’ from the band after disagreements about the forthcoming tour. He has not made any comment, as yet.

The guitarist and songwriter joined Fleetwood Mac in 1975 departing in 1987 before the Tango in the Night tour. He rejoined in 1997 and only last year produced a superb ‘duets’ album with Christine McVie that featured all of the band save Stevie Nicks.

What do you think of this turn of events? Will Buckingham be back? Will Neil be a good fit? Leave a comment on SDE.