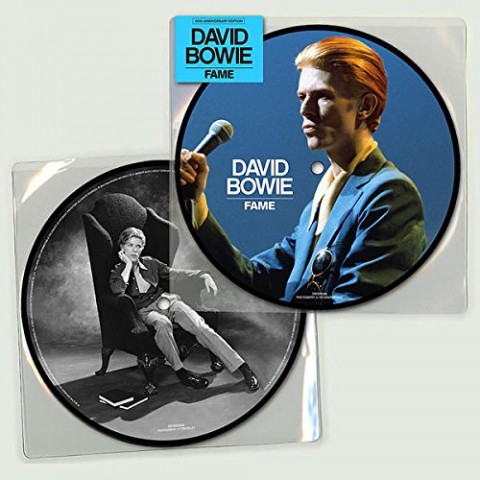 David Bowie‘s 1975 US number one single Fame was announced a while back as the next 40th anniversary picture disc and can be pre-ordered fairly cheaply at the time of writing.

The seven-inch single features the original single edit of Fame on the A-side with an alternate mix of Right on the B-side (actually a AA-side). Apparently, this is the same version of the track that appeared (presumably inadvertently) on the Rykodisc / EMI reissue in 1991 but “due to a mastering error it was released at the wrong speed”. First I’m hearing of this, but anyway, for this picture disc release “that issue has been rectified”.

On UK Amazon this is ‘Currently Unavailable” but it’s widely available everywhere else with France offering the best pre-order price at just over £7.