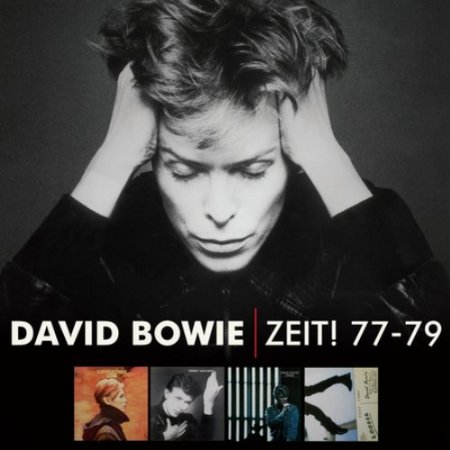 EMI are to take advantage of the current David Bowie frenzy (The Next Day,  ICA Bowiefest etc.) by releasing a five CD box set called Zeit! that collects the three albums that make up his so-called “Berlin Trilogy” (Low (1977), Heroes (1977) and Lodger (1979)) and pairs them with the double live album Stage (released in 1978, the only year Bowie didn’t release a new studio album in the 1970s).

There are no packaging details at present, except for the fact that the CDs all reside in a card slipcase. It’s quite likely the CDs will simply be the standard releases in jewel cases, much like the Neil Young Official Release Series box set.

Don’t expect any bonus tracks, the price will tell you that this is a budget release. Having said that, Stage is the 2005 Tony Visconti remaster with Stay and Be My Wife added, and the running order corrected to reflect the order the songs were played at the actual gigs (the original release and subsequent CDs had a chronological running order). The other albums use the 1999 EMI remasters.