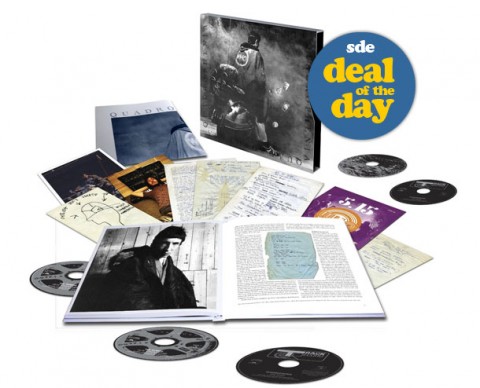 The Who‘s Quadrophenia Super Deluxe Edition (technically the “Director’s Cut”) came out in Autumn 2011, a period of time which it could be argued was the first season of the really big Super Deluxe Edition box set. Pink Floyd‘s Dark Side of the Moon and Wish You Were Here were both released as ‘Immersion’ boxes around the same time, and U2‘s Achtung Baby and The Rolling Stones‘ Some Girls also got the big box treatment.

The Quadrophenia set held it’s own with most of the above, although loses points for not containing the whole album in 5.1. However the 100-page book is truly excellent with a very long essay by Townshend himself and a track-by-track guide and tons of great photos. The collection also includes a wallet of memorabilia and a replica seven-inch of 5.15. The two whole discs of unreleased demos was also a real highlight.

This set is available NOW for £62 on Amazon UK which makes it today’s ‘Deal of the Day’, especially since it retailed at the time for between £75-£85. Check out the video below for a look at the set and our photo gallery from the time.