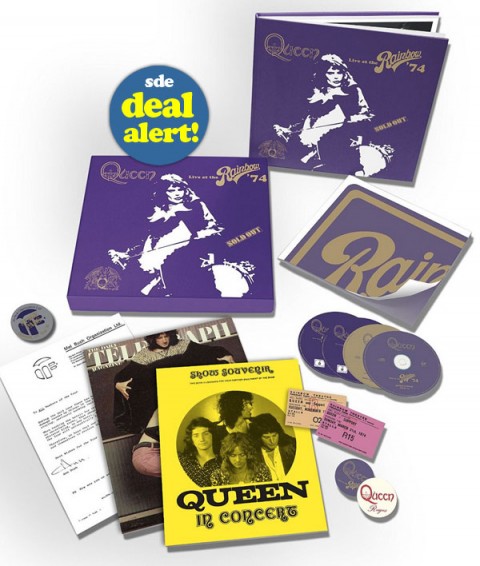 The Queen Live at the Rainbow super deluxe edition box set has been incredibly expensive to buy in the UK. The price has only dipped below the £100 price point once, in early July when Amazon went down to £69 for a few days. With the set now released the price has just dropped again by around a third.

At the time of writing this is available for £74. Full details can be found here (and this blog has reviewed the audio/video elements), but in summary you get two CDs, a blu-ray, a DVD, a 60-page book and reproductions of concert tickets, tour itinerary, show souvenir brochure, concert poster and more.

It’s still not outstanding value [and doesn’t get near the US price], but the cost is consistent with other similar super deluxe editions that have been released over the last few years (The Who‘s sets being an example).

Queen Live at the Rainbow is out now.

Brian May / Another World reissue

The logo from hell returns