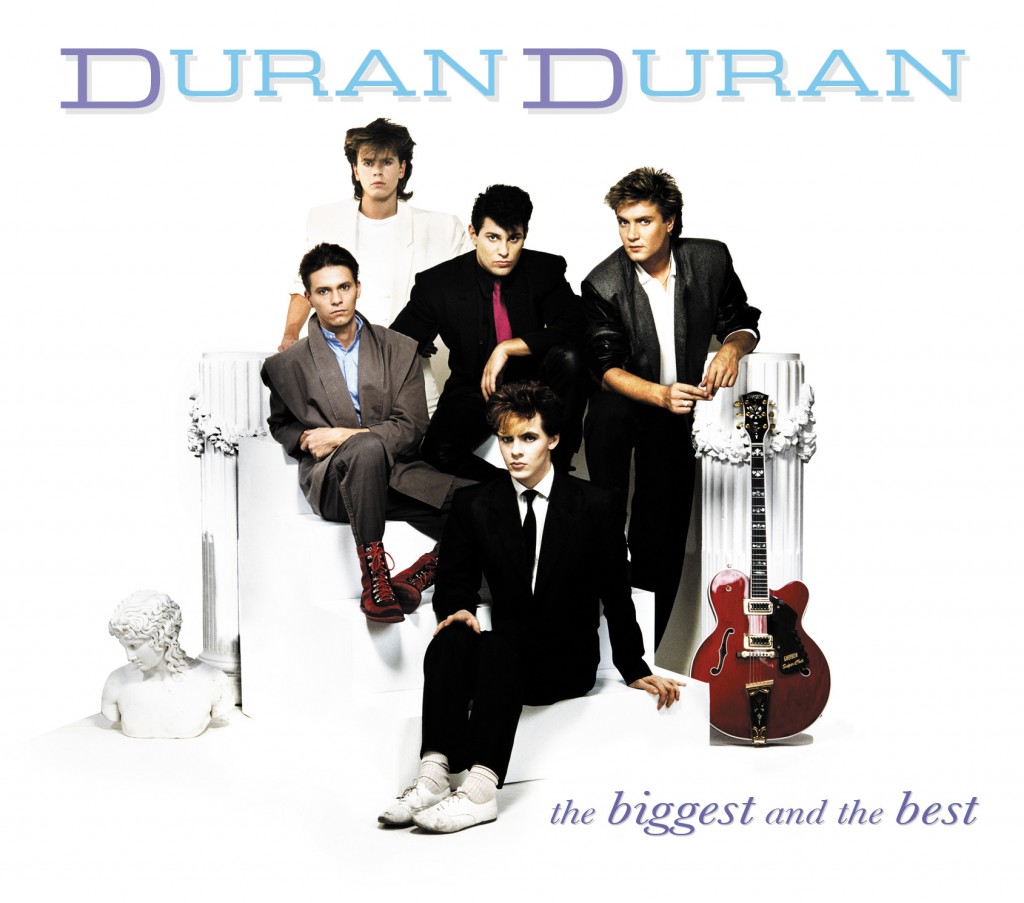 While we wait to see if EMI will continue to release Duran Duran deluxe reissues by tackling 1990’s Liberty and 1993’s Duran Duran (The Wedding Album), Demon Music Group are to about to put out a comprehensive looking 2CD set (under their Music Club Deluxe imprint) which covers the band’s output right up until the point when the Decade hits compilation was originally released (late 1989).

Although by focusing on the period in question we are denied mega-hits Ordinary World and Come Undone, this compilation looks far richer than EMI’s own 1998 collection Greatest, and remarkably can boast EVERY single released by the band in the 1980s alongside some well chosen album tracks and the odd B-side.

Rarities include the original single version of Rio track My Own Way – a string laden production that is very different to the album track, and Burning The Ground, the creative mash-up that was released as a single to promote the 1989 Decade release, but did not feature on that compilation. Hold Me and Matter Of Feeling are two excellent Notorious album tracks, although it’s unfortunate that no space could be found for Skin Trade flipside We Need You or I Believe/All I Need To Know from the All She Wants Is single. They are two of Duran Duran’s most charming B-side recordings.

Whether the world needs another Duran Duran compilation is debatable, but at least The Biggest And The Best (clumsy title) is not just rehashing The Greatest, which itself was almost identical to Decade. Moody album tracks such as The Chauffeur (“..Sing Blue Silver”), and The Seventh Stranger will always be an important part of the Duran Duran offering and it is pleasing to see them included here.