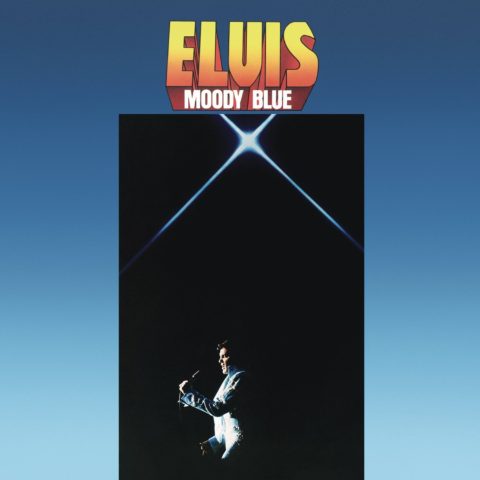 Issued in July 1977, just a month before The King‘s death, Moody Blue was the 24th studio album of Elvis’ career and featured a mix of studio and live recordings. The single Way Down was issued from the album and was in the charts when Elvis died on 16 August of that year. It went to number one in the UK for five weeks.

This 40th anniversary edition of the album will be pressed on “clear blue vinyl”. It’s released on 24 November 2017.