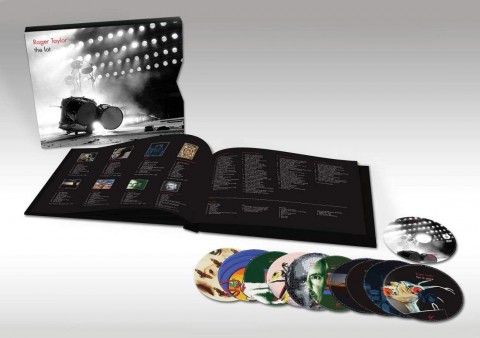 Roger Taylor‘s solo career-spanning box set The Lot was due out today, but Amazon are no longer selling the set after fans complained of a host of errors with the box, both with the music itself and typos in the actual text.

Errors are said to include the following (this is only some of them):

This is apparently being taken seriously, since the following announcement appeared on Roger Taylor’s Official Facebook Page today:

“We are aware that there are issues with some box sets which have been received and we are investigating this as a matter of importance.

A follow up announcement will be posted very soon.

Thank you for your patience.

SDE will bring you more news on this when we have it.

“MESSAGE ABOUT THE LOT FROM THE MANUFACTURER

During fulfilment within the factory of this box set some fans have been left with duplicate CDs or missing CDs.

If your box is damaged please send back to your retailer.