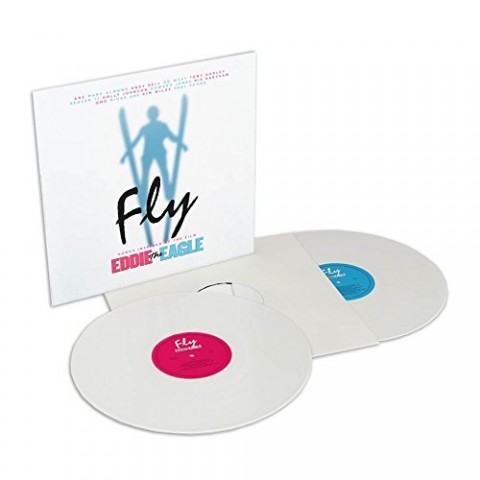 Fly, the album that contained ‘songs inspired by’ the recent film Eddie the Eagle was warmly received back in March and contains some fine music courtesy of Holly Johnson, Nik Kershaw, Midge Ure, Howard Jones and many more. The album is now available as a limited edition 2LP snow white vinyl set.

Fly was masterminded by Gary Barlow who, it has to be said, did a fine job in bringing all the (largely-deflated) egos from the eighties together and fashioned a great ‘mixtape’ of new material delivered in the style of the era.

This collector’s vinyl edition of Fly will be issued on 22 July 2016. You can see below that the UK price is pretty competitive. No word on the numbers being pressed at this stage.

Fly -Songs Inspired by the film Eddie The Eagle [VINYL]