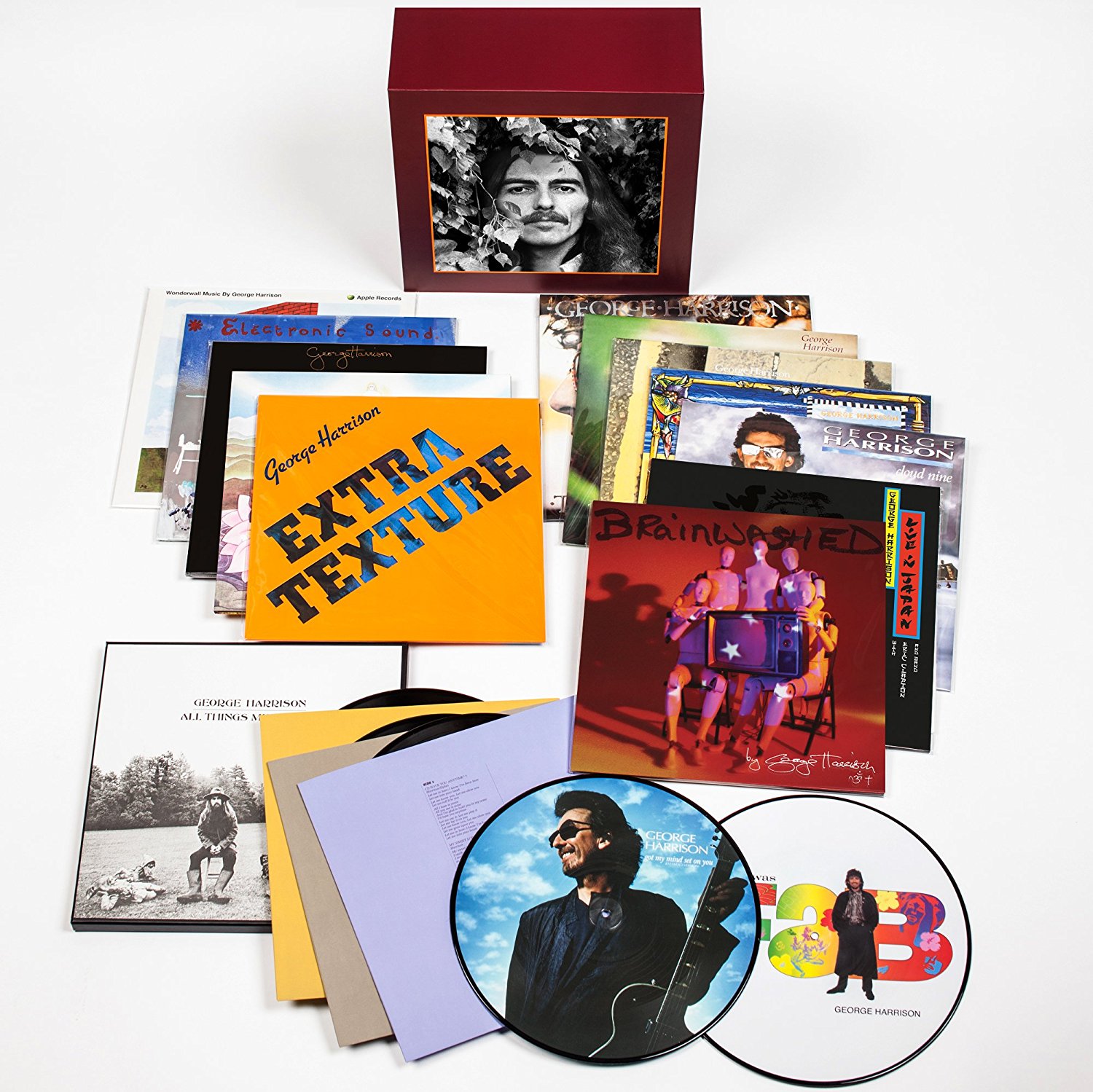 This February, Universal Music will issue The Vinyl Collection, an 18LP vinyl box set that collects the solo work of George Harrison.

This set starts with George’s two experimental works (released while ‘the quiet one’ was still in The Beatles) Wonderwall Music (1968) and Electronic Sound (1969) before moving on to his post-fab-four solo work of the 1970s which started with the critically acclaimed triple album All Things Must Pass. The artwork for that record reverts to the original black and white cover and not the colourised version used for the 2001 reissue.

George issued four further albums in the 1970s (all included here, of course) and his his first of the next decade (1981’s Somewhere In England) contained All Those Years Ago, a tribute to John Lennon who had been murdered just six months earlier. The track which also featured Ringo Starr and Paul McCartney reached number 18 in May ’81. 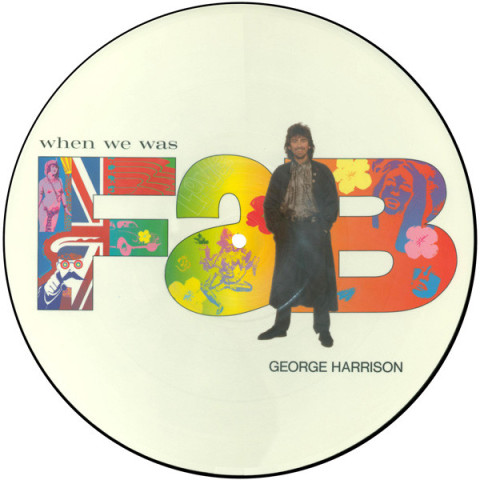 When We Was Fab was originally a 12-inch picture disc

No singles from the following year’s Gone Troppo would repeat the success of All Those Years Ago, but George would see a spectacular return to the charts in 1987 with the Jeff Lynne produced Cloud Nine which almost delivered a transatlantic number one in Got My Mind Set On You (number one in the USA – T’Pau‘s China In Your Hand kept it off the top-spot in the UK). The nostalgic When We Was Fab was another minor hit.

Perhaps in recognition of the popularity of those singles, both are included in this Vinyl Collection box set as 12-inch picture discs, replicating the design of the original picture discs that were issued at the time.

1992’s Live in Japan is the only non-studio album in this set which is completed by George’s last album Brainwashed (2002).

Packaging wise we are promised “exact replicas” of the original releases and in terms of mastering, the message is that “the original analogue master tapes were used” for the new re-masters and were cut at Capitol studios. That’s somewhat ambiguous and therefore open to interpretation. This set is the high quality type with the inner drawer to hold the albums, although any kind of book is notably by its absence. The video above suggests a lenticular cover on the box set.

The Vinyl Collection will be released on 24 February 2017. The Amazon UK price (as at 17/1/17) should come down by around £90-£100 within the pre-order period (possibly more). As things stand the Canadian price is the best deal. 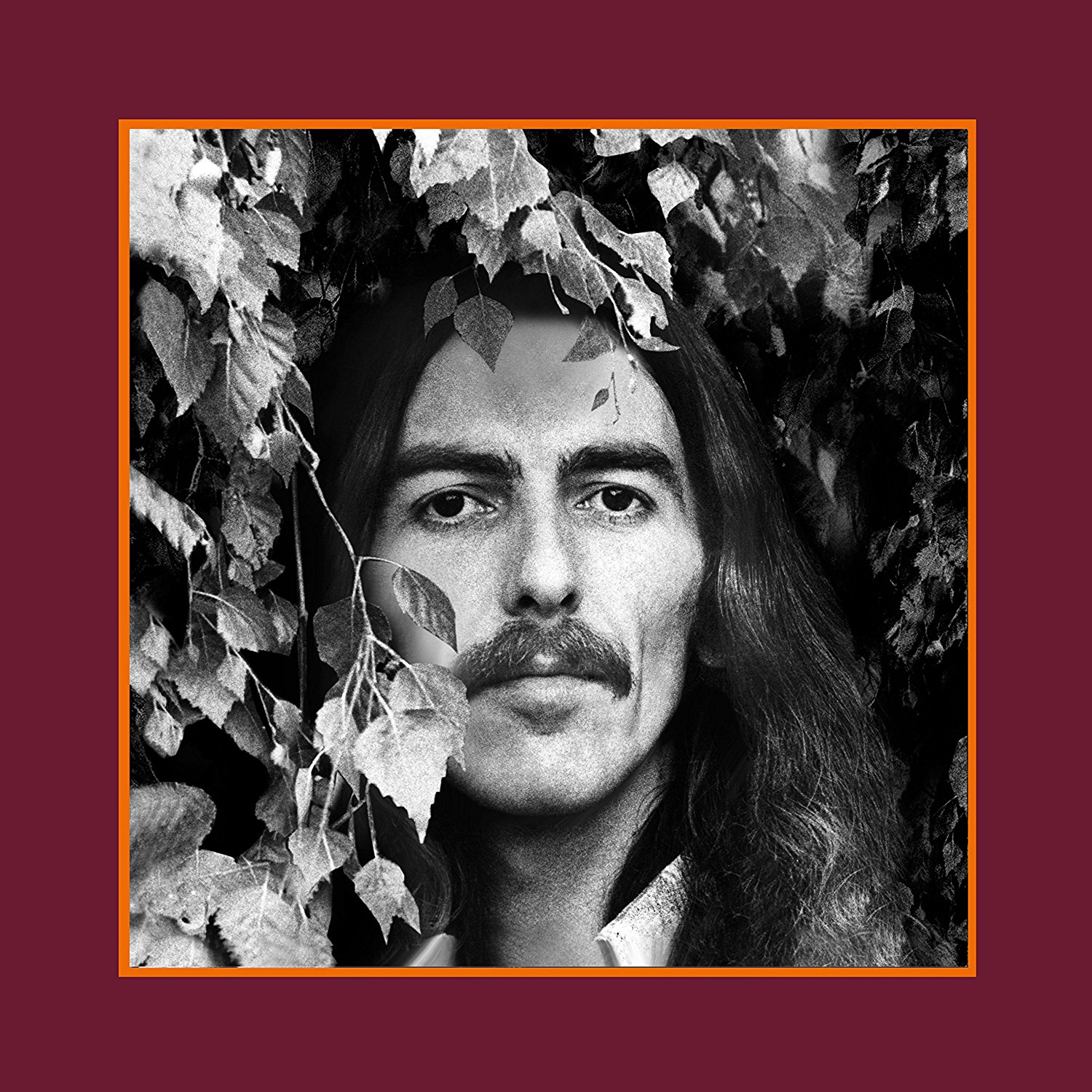 In The Vinyl Collection box set:

How to buy: Pure McCartney