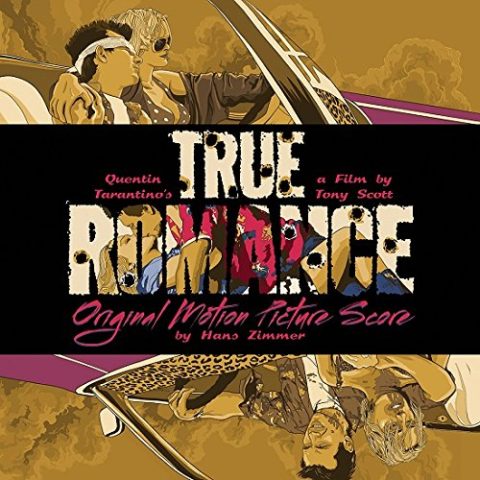 Two months after Wargod/Real Gone Music’s soundtrack reissue, US label Enjoy The Ride Records appeared to have scored a real coup here, by issuing Hans Zimmer‘s original score to Tony Scott’s True Romance on vinyl LP – the first time it has been issued on any format.

Recorded on a budget of nine musicians (after being told the plans for a full orchestra had to be scrapped due to the director going over budget) only three cues from the score made it to the official soundtrack album, which was largely made up of contemporary songs.

The True Romance Original Motion Picture Score features 17 cues (including alternate versions of the You’re So Cool main title) and a bonus seven-inch single which includes the three cues already issued (although You’re So Cool and Stars at Dawn are listed as ‘extended single’ versions).

This vinyl edition comes packaged in a heavyweight gatefold jacket with spot varnishing and embossing. You also get a digital download card. Direct from Enjoy The Ride’s website are two different coloured/patterned vinyl options, but for Amazon/JPC orders it may be a case of ‘luck of the draw’ what you end up with. All the bonus seven-inch singles come on ‘cadillac’ purple vinyl.

B-side
Amid The Chaos Of The Day