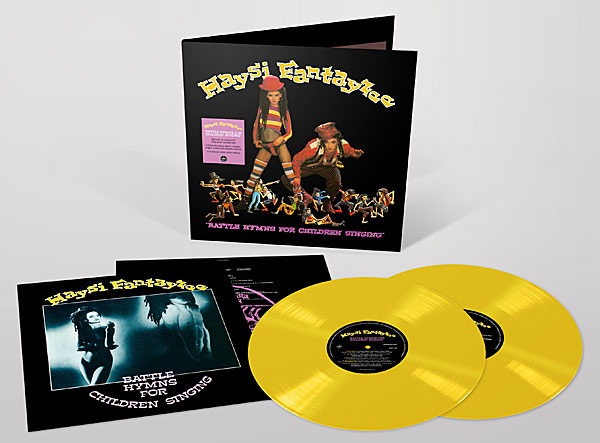 Haysi Fantayzee were Jeremy Healy and Kate Garner on vocals, and Paul Caplin on keyboards and they issued four singles from the album, with two of them – John Wayne Is Big Leggy and Shiny Shiny top 20 hits in the UK.

The first record is the 10-track album and the second features 12-inch remixes, single versions and even includes In The Mix, previously only available via cassette or flexi-disc promo. The latter has been “included for the completist even though the quality is not as high the other tracks.”

This 2LP coloured vinyl pressing of Battle Hymns For Children Singing will be issued on 29 June 2018.