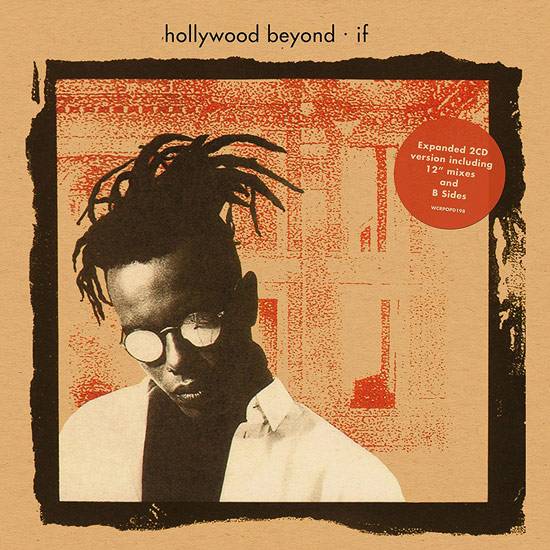 Hollywood Beyond‘s time in the spotlight was so brief that they should really just be one of many forgotten eighties bands who never ‘made it’, but there is something rather memorable about the band’s hit single – What’s The Colour Of Money? – that despite it being their only hit, most people of a certain age will remember the song well. If is the 1987 album from which the single is taken, and it is being reissued next month as a two-CD deluxe edition.

Hollywood Beyond were an outfit formed by Mark Rogers who had previously been in Jazz-Funk band Pyramid. Spotted by the head of WEA, Rob Dicken, performing No More Tears on Channel 4 music show The Tube, they were quickly signed to Warners and the album was recorded with some big name producers: Stephen Hague, Mike Thorne, Phil Thornally and Bernard Edwards.

What’s The Colour Of Money? was released in 1986 and reached number seven in the UK single charts but follow-up No More Tears stalled at 47. Two further singles were released (Save Me and After Midnight) but neither troubled the charts. And that was it!

The album was never followed up, but is now being reissued by Cherry Red with a bonus CD of 12-inch remixes, B-sides and extra tracks (most of which is being released on CD for the first time). All the bonus material has been sourced from the original tapes, save for two, where tapes could not be found and therefore they’ve been mastered from mint vinyl pressings. The album proper has been mastered from WAV files supplied by Warners (apparently created from the original tapes).

This new two-CD expanded edition of If will be released on the 20 April 2018.