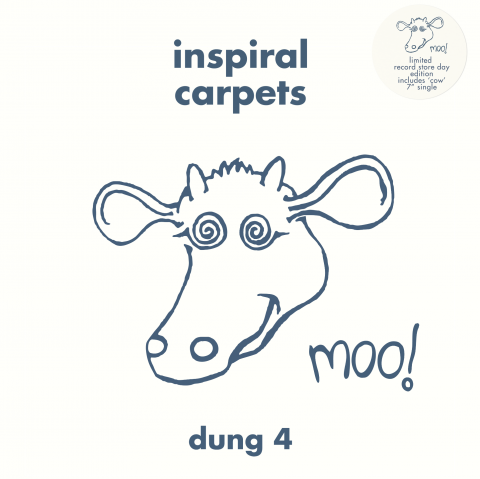 Cherry Red are to issue the Inspiral Carpets‘ legendary 1989 mail-order only cassette DUNG 4 on CD and vinyl in April 2014.

Issued on the band’s own Cow label, this tape was never issued on vinyl or CD and it contained unique songs as well as versions of tracks which were later re-recorded.

The vinyl reissue will be a limited edition available for Record Store Day on 19 April. It will contain all eleven original tracks, remastered from the original tapes, and comes with a bonus seven-inch EP of the band’s earlier four-track Cow demo from May 1987.

The CD gets a standard release and will be expanded to cater for the four tracks that make up the Cow EP. This reissue comes with the band’s blessing – in fact they have signed with the Cherry Red label and will be releasing a new album later in 2014.