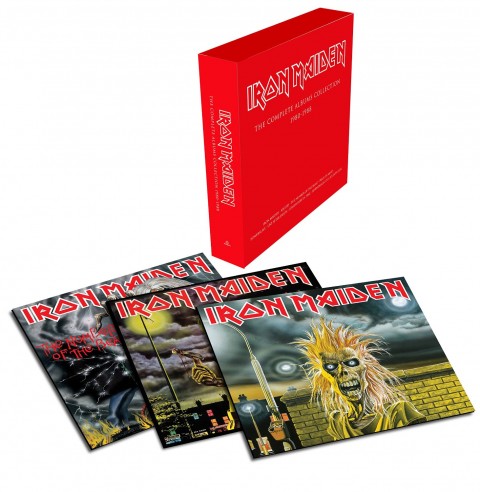 However the Complete Albums Collection box pictured above isn’t quite what you expect because it only contains the first three albums (Iron Maiden, Killers, and The Number Of The Beast) but gives you space to fill up the box as you ‘collect’ the further vinyl reissues as they are released.

Parlophone will also being pressing a limited run of seven-inch singles from these albums which like the LPs will be cut from the original analogue master tapes.

All of the above will be released on 3 October 2014 and the albums are also available separately, although it’s actually cheaper to buy this limited edition box than to be the three albums without the box.