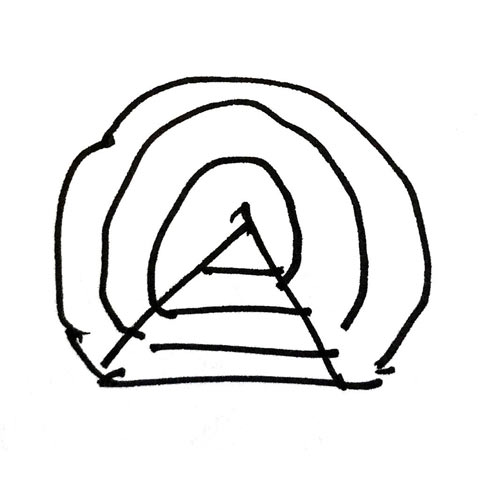 ‘Things’ are happening in the Paul McCartney camp right now that suggest some kind of announcement – likely to be news of the release of Macca’s 17th solo studio album – is imminent.

Paul was in his hometown of Liverpool at the weekend and as was widely reported he was spotted out and about with The Late Late Show host James Corden, apparently filming an episode of the ever popular Carpool Karaoke.

Amazingly, later on McCartney played a short set in The Philharmonic pub to around 50 lucky locals. The set included a new song (“this hasn’t been released yet”).

The top of Paul’s twitter page was changed to just white space before the weekend and on Sunday he tweeted the mysterious image at the top of this post, with no explanatory text at all. Is it a road going into a tunnel? Is it a pyramid in front of a setting sun? Answers on a postcard! The tease continued yesterday, with the another picture tweet of the image at the bottom of this post. At least we can see what that is – microphones in a studio!

Paul’s adept at promotion (remember his lunchtime gigs on the back of a truck to promote New) and the Carpool Karaoke will have been agreed on the proviso that it goes out at the right time to promote a forthcoming release.

If this activity does relate to a new studio album, it will be the follow-up to 2013’s New and the first since Paul signed to Capitol Records (which happened in late 2016). 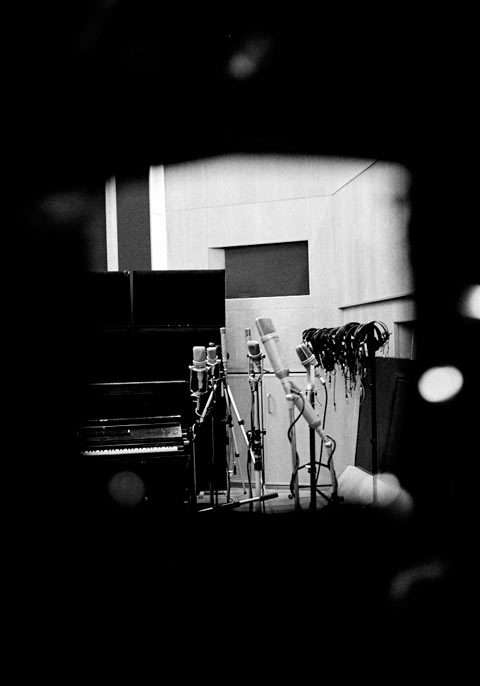 Paul tweeted this image on Monday.