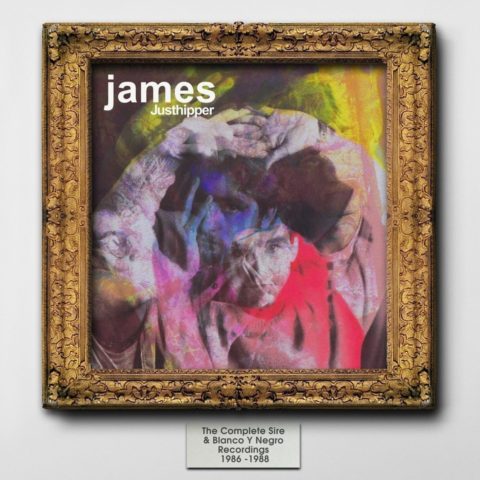 Later this month, Cherry Red are to release Justhipper, a two-CD compilation that brings together earlier recordings of James.

Before the Manchester band signed to Fontana and enjoyed success with Gold Mother, Seven and the albums that followed, they released two records via Sire/Blanc Y Negro – 1986’s Stutter and 1988’s Strip-mine.

This new package effectively contains expanded editions of both those albums (both of which have been newly remastered). Appended to these are non-album singles (A and B-sides) and some different mixes. Disc two ends with a rare, promotional-only interview from the era.

This set will come packaged as a digipak and is released on 28 July 2017.