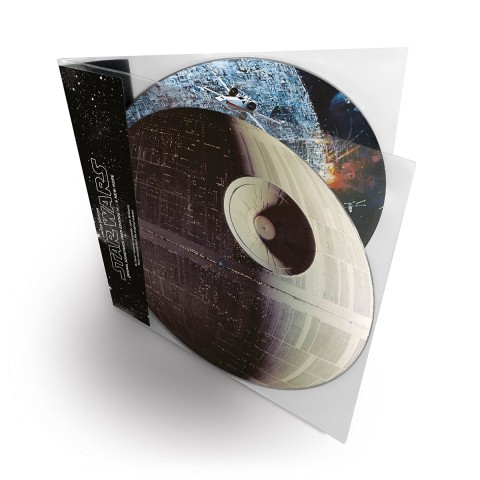 If you’ve just invested in the double gold Star Wars vinyl packages, be prepared to be miffed (or delighted!) by this new stunning-looking double vinyl picture disc of John Williams‘ famous soundtrack…

These are perhaps destined to be hung on the wall, rather than played, because the visuals, particularly the Death Star and Darth Vader sides, look fabulous. 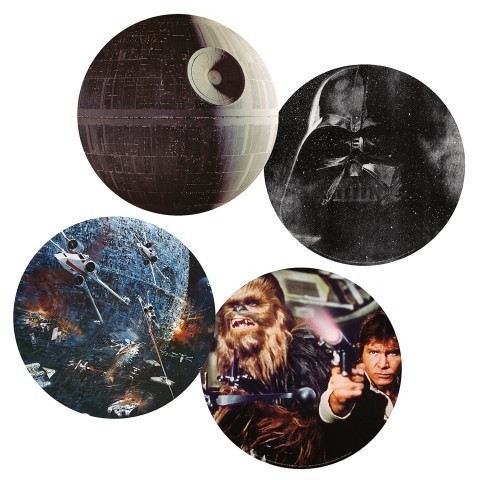 Admittedly, your Star Wars vinyl budget may have been stretched to breaking point in the last year, what with the numerous The Force Awakens-related releases – and not forgetting the box sets issued at the beginning of this year – but at least this isn’t too overpriced, at less than £20. You may need to conjure up all the powers of ‘The Force’ to resist.