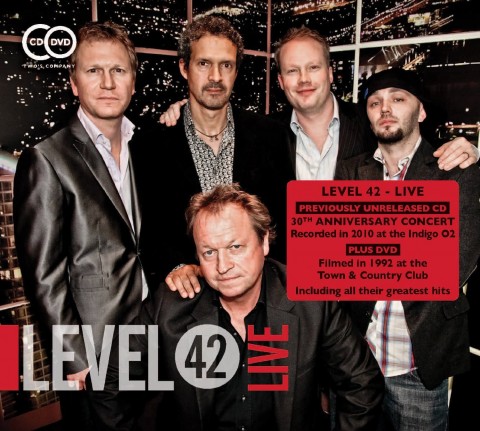 A new time-spanning Level 42 live CD/DVD set will be issued next month.

The two disc package pairs a CD of the band performing live at the Indigo2 in London in October 2010 with a DVD that rewinds over 18 years to 1992 for another live performance in London, this time at The Town and Country Club (now called The Forum).

That latter saw Level 42 at the end of their Guaranteed tour, while the former was a celebration of their 30th anniversary. Despite the gap between performances, the set-lists have much in common with crowd pleasing hits such as Running in the Family, Lessons in Love, Hot Water and Something About You prevalent.