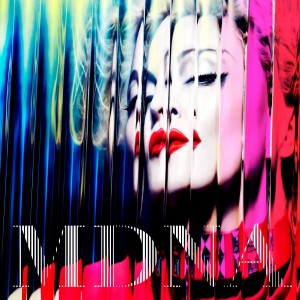 Monday 26 March is quickly turning into ‘Madonna Day‘ with the superstar seeing two box sets, five vinyl album reissues, and her new album MDNA released in standard and deluxe editions on that day.

Since Madonna has left Warner Bros., her old label are looking to capitalise on all the publicity around her new album. This explains the plethora of releases.

The Complete Studio Albums box gathers together her 11 studio albums, while the Madonna Original Album Series box whittles that down to five of her very best.

are all reissued in 180g vinyl editions with original packaging and inner sleeves. Erotica is the only reissue in a double LP format.

Finally her new album MDNA is released in standard form with 12 tracks on one CD, and as a deluxe edition

with a bonus disc that contains the following five tracks

For the Madonna obsessive who HAS to have everything, you will be looking at a total spend of £142.64! This is based on amazon.co.uk prices as this post went live.