The 1998 album has been remastered (by Tim Young at Metropolis) and comes with an album of previously unreleased dub mixes by the Mad Professor. These remixes were originally intended to be released on a Mad Professor Mezzanine remix album – yet in the end, only a few of his remixes were issued as single b-sides. 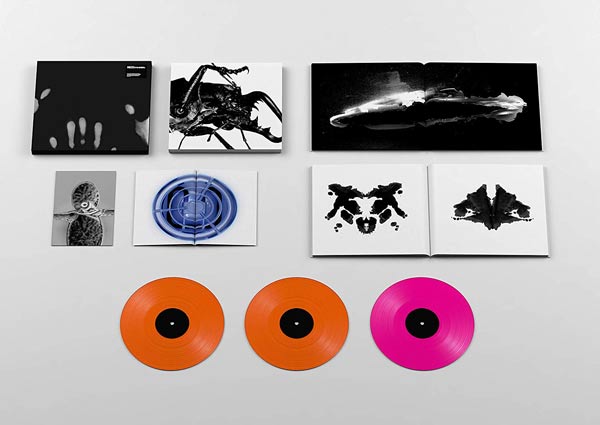 All eight of the Mad Professor remixes included on the anniversary reissue are previously unreleased and include his dub mixes of two tracks not originally featured on Mezzanine but from the same period – Metal Banshee – a dub version of ‘Superpredators’ which was a cover of Siouxsie and the Banshees’ ‘Metal Postcard’ – and ‘Wire’, a track they recorded for the soundtrack of the film Welcome to Sarajevo.

The reissue is on two physical formats: a two-CD deluxe and a three-LP super deluxe which features three colour vinyl albums and comes with a 48-page hardcover book featuring photos from Nick Knight that show the development of the cover imagery. An additional 32-page booklet is a new edition of the art-book ‘Fitting In’ which Del Naja originally issued in 2000 (only 50 of which were ever available to buy).

The 2CD version of this 20th anniversary release is issued on 16 November. The triple vinyl super deluxe is out on 7 December 2018. You can pre-order the former from the SDE shop using this link, or the button below.